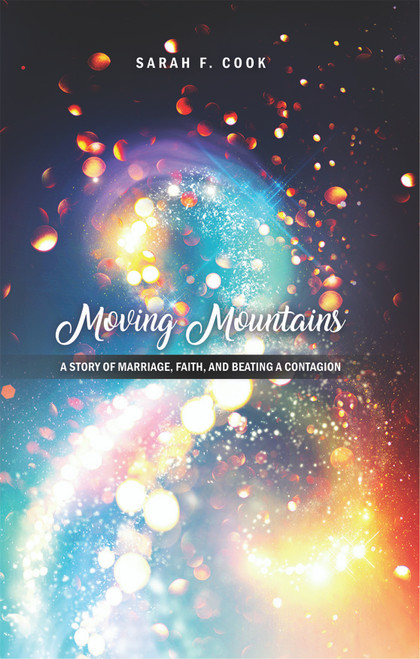 Moving Mountains: A story of marriage, faith, and beating a contagion

Moving Mountains is the story of a man who contracted polio in 1954, just before the Salk and Sabin vaccines became widely available. When he became ill, Jim Bentzen was twenty-five years old, a pilot in the Air Force, had been married two years, and had a one-year-old son. In a matter of hours after the diagnosis, Jim was paralyzed from the neck down, leaving him a quadriplegic in an iron lung.

He should not have survived, and when he did survive the first weeks of one crisis after another, Jim and his wife Joan were told that he would have to be hospitalized for what remained of his life, because his deficits were too great for any kind of home care. Nonetheless, the Bentzens assessed their losses, conquered their fears, and set about proving everyone in the medical community wrong. The reader will have to judge whether they succeeded.

Sarah F. Cook is married and has two grown daughters and four grandchildren. In addition to caring for her family, she taught English at several levels, most happily in the Wyoming Girls School, a secondary school for adjudicated minor girls. Cook enjoys reading classical literature, non-fiction, and detective stories, as well as attending classical music performances, theater productions, and visiting art museums in and around Boston. She hikes with her family in New England and in the Big Horn Mountains of Wyoming. And she plays with her dog, Maisie Dobbs.

Our Miracle Babies: A True Story about Hope and Faith - eBook

Sins of Savannah: The Secrets, the Sex, the Society of Savannah’s First Family: A Roman à Clef Novel