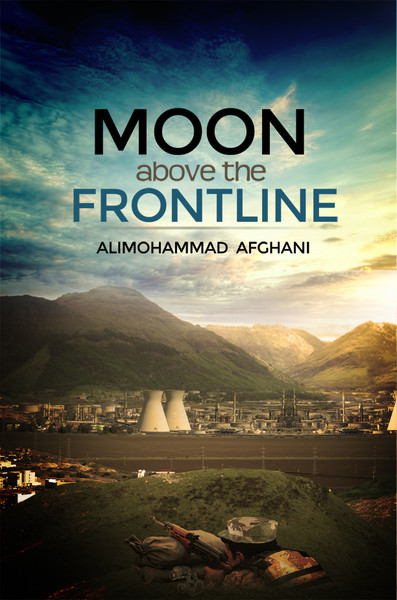 Moon above the Frontline
by Alimohammad Afghani

In Moon above the Frontline a young Iranian soldier deserts the battlefield and attempts to return home. The story of the Iran-Iraq war and its terrible effects on him, his wife, his family, and all those around him are captured in intimate and unforgettable detail.

Universal in theme, Moon above the Frontline shares the unique customs and tones of one specific culture and country. The cast of characters are sharply individual humorous and colorful, hopeful and sad.

Moon above the Frontline is a moving, powerful novel of war and love.

Alimohammad Afghani was born in 1926 in Kermanshah, Iran. He graduated from military college in Tehran in 1949. In 1951 he was sent to the United States for a six month course of military study. Back in Iran, he was thrust into prison from 1954 to 1959 because of his political activities against the Shah. In prison he wrote his first book, a novel criticizing polygamy, entitled Lady Ahous Husband. Although the book did not spare to criticize the politics of the country, it received the Royal Prize for the best novel written in the Persian language. Applauded by many great writers, it was later made into a movie.

Afghani has written numerous other works, and cites Jack London and John Steinbeck as inspirations for his writing.

A Sound from Above - eBook

A Sound from Above

Mommy, I Am a Pacer