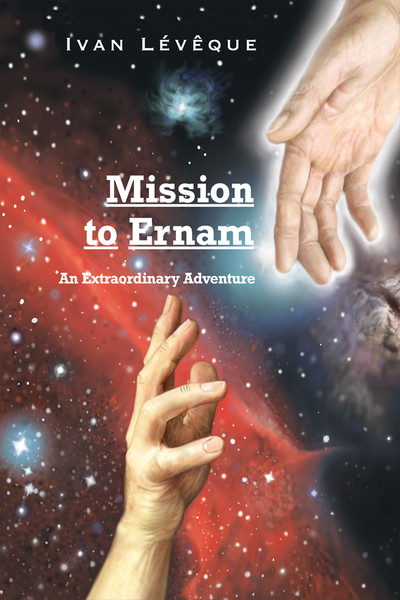 In a universe where two strong energies are opposed, this is the story of a planet on the verge of ruin and the people who resolve to save it.

Ernam is in distress. A signal has been detected and it is up to the bravest of Efmi to take action. Launching their mission with a 40-day journey through the most remote regions of space, the Efmians send their best technicians, engineers and scientists to infiltrate a planet that has been taken over by negative energiesand beingsfrom another part of the universe.

The Ernamians survival instinct and their respect for the cosmic programming of the universe has collapsed. They have lost any idea of the sacred, their science has been degraded, and their world has been taken over by industrial and pharmaceutical corporations. Ernam is on the verge of self-annihilation.

Some on Ernam are brave enough to oppose the planets rulers. Almanes, a gifted commando, has chosen to follow the way of the spirit and help organize the resistance. But the Night Squads and their Torture methods have worn down those opposed and kept the tyrannical leaders in power. By using the media and a policy of ruthless oppression, the Decider and his council rule unchallenged.

Using the Empress of Efmis powers of telepathy and reading, it is revealed that the beings who actually rule are not who they appear to be. In fact, they are of a completely different genetic order.

The infiltration plan involves the clandestine integration of over 1,000 Efmians into Ernamian society. It is only then that the real danger begins. The energy that they originally faced is actually dominated by something far greater that proves to be the final challenge for the mission to Ernam