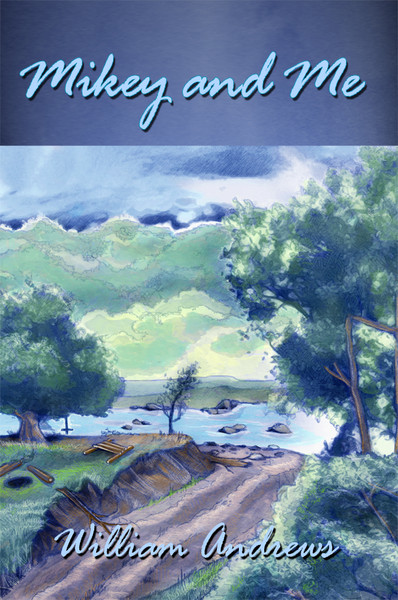 Mikey and Me
by William Andrews

After twenty years away from the small Wisconsin farm of his World War II era childhood, Corey Fletcher returns for the first time, intent upon redeeming a burdensome past. Flashbacks follow the lives of thirteen-year-old Corey, his nine-year-old brother Mikey, and Emily Saur, the boys four-year summertime neighbor. Friendship turns to attraction for Corey and Emily and leads to a number of risky decisions by Corey, resulting in a tangled web of lies and deception on his part. A shocking encounter with the local bully; a mysterious army veteran who lives reclusively across the river; an anything-goes land-grab by post-war developers; and a tentative kiss that is the prelude to an unimaginable tragedy: from this darkness all around him emerges Coreys greatest fear: fear of himself.

The rest of the story brings the reader back to the adult Coreys return to his hometown and his efforts to rid himself of that fear by facing it directly. Far more than a fall from innocence story, Mikey and Me examines the post-fall question: are we forever defined by a single episode in our journey?

After many years as an Independent School teacher and administrator, William Andrews retired to Sarasota, Florida, in 2000. He teaches creative writing to seniors at the Lifelong Learning Academy on the campus of The University of South Florida, Sarasota-Manatee and continues work on his own fiction writing. Previous publications include Boys (and Girls) Will be Boys, an essay in The Nassau Review; Intrusion a short story in The RiverSedge; and The Origin of Fairy Tales, a satirical piece in The MacGuffin.