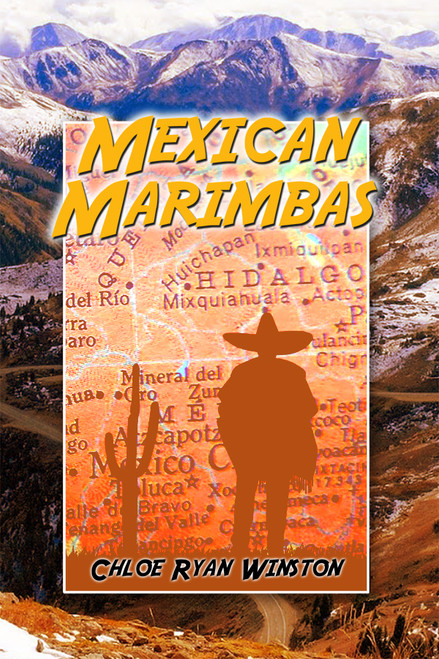 Briana Fraser, former courier for a U.S. intelligence agency, is at it again with her trio of comrades in arms: Derry, Jude, and the mysterious professor-cum-spy Mr. Phillips. This time, the group is headed south of the border again, investigating the sinister activities of Joaquín “El Chapo” Guzmán and the Mexican drug cartels. Far from the safety and serenity of her Let’s Travel shop in Ashland, Oregon, Briana finds herself in thick of a plot to take down the kingpins of the cartels—but is she at the center of the action, or simply a decoy for another team of spies? Set against the beautiful scenery of Mexico’s historic border towns, Mexican Marimbas is the fifth Briana Fraser adventure—one that takes her right into the heart of danger.

Chloe Ryan Winston was born on a ranch in Eastern Oregon, graduated from Marylhurst University, and earned a master’s degree at Idaho State University. She is a retired high school history teacher and has been a cruise destination lecturer on numerous trips. Though she now resides in California, she has lived in Ashland, Oregon, which features heavily in her writing, as well as Mexico, and has traveled extensively to fifty-eight countries. As a travel writer, Ms. Winston has contributed to several blogs and publications, including The Los Angeles Times, International Travel News, and Mature Lifestyles. Her other books include Argentine Assignment, China Caper, and Peru Paradox.