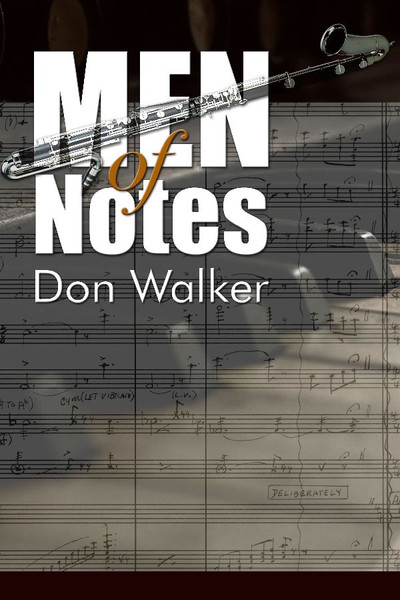 Men of Notes
by Don Walker

For most mortal men, Broadway would always be shrouded in its own mystique of glamour, pomp, endless parade of famous men and women, and the hidden, always larger-than-life aura of glittering public personalities whose daily activities no one has hardly a clue. Men of Notes is an attempt to give flesh and blood to some of those almost ephemeral individualscomposers, lyricists, orchestra conductors, working musicians, orchestrators, music publishers, etc.

The attempt in Men of Notes is actually undertaken by one of those people described above. Don Walker, famous for the orchestrations of over 100 Broadway Productions. This memoir of his early years in music was meant to be followed by a second book which would have included Music Man, Damn Yankees, Pajama Game, Cabaret and Fiddler on the Roof to name a few. But he died too soon in 1989, however the publication has fallen into the hands of his daughter, Ann Liebgold.

From the outset, readers would feast in the writing style of the authorhis lively take on the people he wanted to talk about and the wit and humor he effortlessly delivers, just the type that would give people some inkling how perhaps some brains do work in that often forbidding world.

Don Walker was a native of Lambertville, New Jersey. A professional orchestrator, composer, and conductor, Don enjoyed a brilliant reputation in Broadway. He attended Ryder College in New Jersey and Wharton at University of Pennsylvania Don died in 1989 at the age of 81, leaving behind his wife, Audrey, with whom he had a daughter, Ann Liebgold, and son, David.