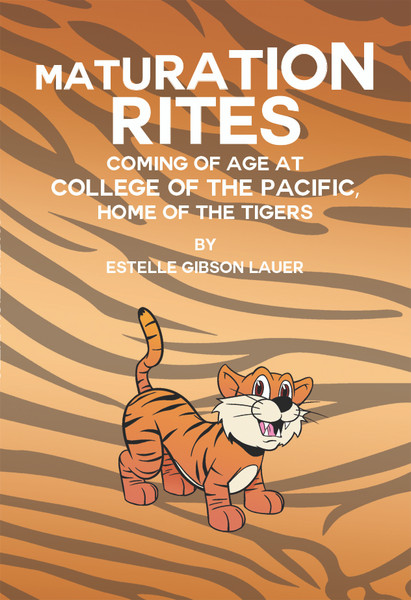 The middle of the 20 Century was a time of turmoil. The Cold War was underway and Mr. McCarthy, chairman of the House UnAmerican Activities Committee, was weeding out those whose patriotism was questionable.

At any moment Russia could drop an atomic bomb on Stockton, the only inland seaport in California. Therefore at the College of the Pacific, students were versed in survival procedures — “go rapidly to the levee and jump into the water” (girls on one side and boys on the other.)

This was an example of a culture moving into the Atomic Age.

Meanwhile at Mu Zeta Rho, Mrs. Dillingham was taking seriously her responsibility to lead her girls into adulthoods that conformed to her Victorian ideals. We were constantly subjected to the manners of that era. “We never pick up our forks before our hostess does”. “At the table we only talk about topics that concern everyone.”

Sororities hosted “teas”, at which the attendees practiced “vital” behaviors such as how to pour the beverage into the cup and how to hostess conversations.

But out of sight of our mentor, the adolescent behavior prevailed. In the privacy of our upstairs quarters, Mrs. Dillingham’s girls reverted to normalcy. We gossiped, we argued, we strummed ukuleles, we told raunchy jokes, and in the September heat we stripped to nothing and tap danced to the rhythm of “Eastside, Westside.”

Interaction with boys was a major topic of conversation. We learned to say “You better have fun there because that’s all the farther you’re going.” We discussed who was cute and who had other redeeming qualities. But we learned how to perform the necessary rituals when ‘young men’ came to call. “Mrs. Dillingham, May I present Bob Young.” And our ‘suiters’ responded in the Victorian manner.

Maintaining the rituals of the religions into which we had been baptized was a major responsibility of Mrs. Dillingham. In my case she was delighted that we were both Episcopalians. This necessitated attendance at 7:00 AM on Wednesdays. At that hour maintaining favor with God was not a priority in my life.

Maturity eventually surfaced. I became a teacher and contact with the real world led me to understand what behavior is essential to make my share of society run smoothly.

I do treasure these years of ‘coming of age’. And I note that my children and their children have also experienced their own brand of “Maturation Rites.”

Estelle Gibson Lauer lives with her husband Ron in a retirement community in El Cajon, California, a suburb of San Diego. Their family grew to include five grandchildren and three great grandchildren.

Estelle developed a penchant for writing and has produced several books. The Story of Adam and Eve and The Story of Noah and the Ark are geared to children’s views of the tales. The texts’ opposing blank pages invite the young readers to draw their interpretation of the stories. A Century of Gibson is a family history that spans five generations of settlers who claimed land in the prairie states--- Texas, Oklahoma and New Mexico.

A recent publication is Kanaga Diary: Lost in the Aleutians 1938. It’s an account of an expedition to chart the weather and terrain of that isolated island. War with Japan was brewing and it might have been feasible to invade the enemy through that route. Royse Gibson, the medic, and the cook went hunting one day and never returned. The story traces the ensuing life of his widow and children.