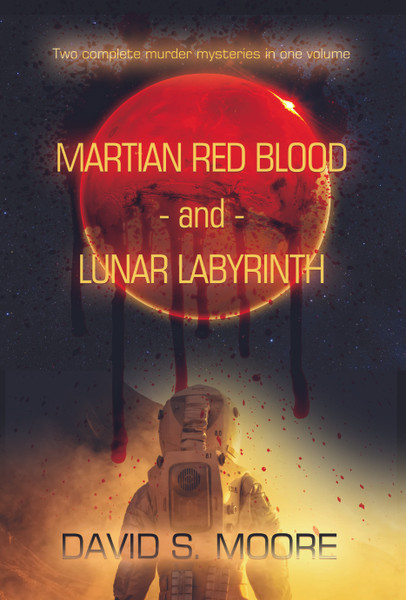 Jason Furbach of the Boston Police Department is asked to investigate an auto accident resulting in the death of the CEO of an interplanetary shipping company.  But his investigation soon leads to the first manned base on Mars where a murder has taken place-- and the two deaths appear to be related.

An astronaut dies on Moon Base One and FBI detective Jason Furbach is sent to the Moon to investigate.  But he soon learns that his wife and children back on Earth will be killed unless he lies about what he has discovered.

David S. Moore graduated from the University of Washington, B.S. 1971.  He taught math and programming at the high school level for several years before leaving teaching to work in computer programming.  He retired in 2020 after more than 30 years in the software industry and is now concentrating on writing.  Moore has been married since 1993 and has two adult children.

Secrets of the Solovetsky Labyrinths: Who? Why? When?

The Labyrinth of Life - eBook

The Labyrinth of Life