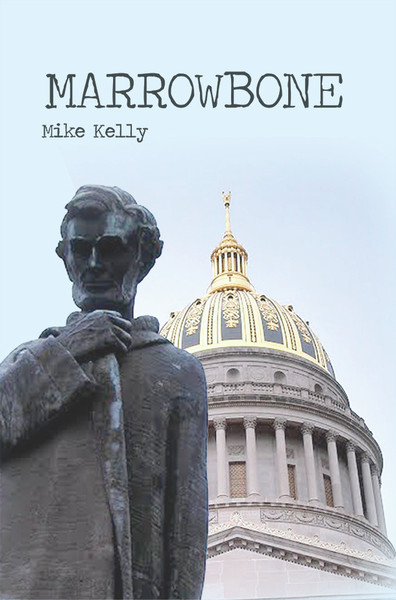 Marrowbone delves into family, politics, the law, corruption, and West Virginia. It weaves through a primary election season (December through early May), following the races for Governor and a Supreme Court justice, while exploring the histories of the Murphy and Quinn families and touching on the Matewan Massacre, the fight for civil rights, and the murder of Jock Yablonski. It also develops two major cases that are helping to shape the election, one a murder of the protagonist's best friend by an out-of-control work release inmate and the other an appeal by a convicted serial rapist seeking a new form of DNA testing.

Though not set in a specific time, Marrowbone laments the failure of politics to move West Virginia forward and honors the basic goodness of the people.

Elected Family Court Judge for fifteen years, Mike Kelly has been a practicing attorney for forty years in the areas of civil rights, employment, and family law. He is a former Deputy Attorney General for Civil Rights, a recipient of the Governor’s Civil Rights Award, a fellow of the West Virginia Bar Foundation, former counsel for the West Virginia chapters of NOW, Common Cause and other community organizations, and former columnist and travel writer for The Charleston Gazette. Kelly has two children and lives in Charleston.