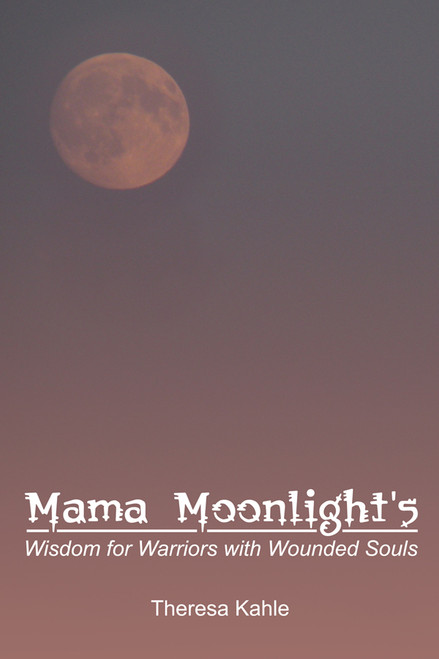 Mama Moonlight's Wisdom for Warriors with Wounded Souls was written to assist military and those who love them to get through the process of healing from war. Told from the perspective of a Native American grandmother who loves the warrior, the book seeks to set up a language to talk about the things that seem unspeakable. Both Biblical and Native symbols are used to help the warrior find ways to restore his soul after war.

Theresa Kahle graduated from nursing school in 1979, when PTSD was being explored due to the responses of Vietnam Veterans to war. She received her bachelors degree in education in 1982 and worked in psychiatric hospitals throughout the eighties and nineties. In 2007, when she began planning to leave the profession, she wrote this book to share her professional perspective with the young men who were coming back from Afghanistan and Iraq. Far from being a psychiatric theory, it is an attempt to do what she always did in the hospital, which was talk to each person and make sure he knows what he needs to know to cope. Theresa is married to glass artist James Michael Kahle.