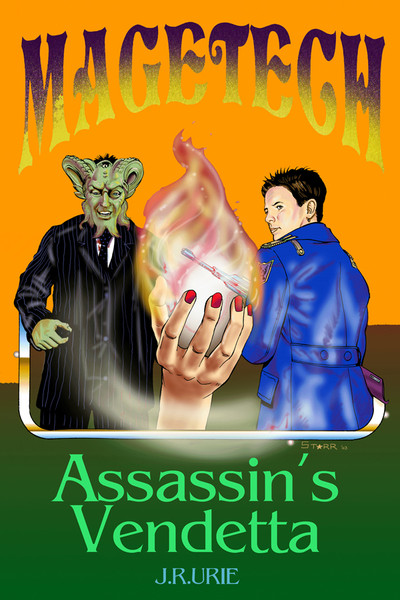 In a universe where magic and technology exist as one, there is only one rule to live bysurvival of the fittest.

When Matherion is forced to watch the gruesome murders of his father, mother, and sister, he solemnly vows to get revenge on their killers. Shortly after the horrific ordeal, he finds himself separated from his only remaining sister, who is believed to be dead. With rage boiling in his veins, he is persuaded to join an assassins school, where he hopes to avenge his familys murder.

After two years of intensive training, Matherion begins receiving assignments from a mysterious boss to kill the board members of CIS Incorporated one by one. He methodically begins the killings, utilizing a combination of magic and technology. As ethereal visions of his long-lost sister continue to plague his psyche on busy city streets, Matherion searches for answers and embarks on the recondite journey of finding his sister and hunting down the people who killed his family. In MageTech Assassins Vendetta, the bond of family emphatically manifests itself as Matherion desperately uncovers the intricate connection between CIS and his familys killers.

A native of Ohio, J.R. Urie currently lives in Tennessee. He has attended classes at Dayton Beach Community College and has also spent time as a member of the Space Coast Writers Guild.

Maizie and the Chipmunk - eBook

Lucy the Ladybug: Summer in Farmer's Garden / Book One in the Series: Farmer's Fields