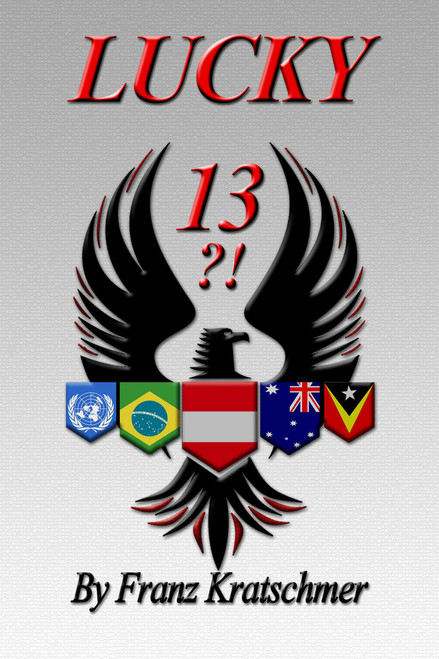 This book begins with a short journey through the meaning of the number 13 in human societies, religions, and cultures. Then this is followed by some historic dates on which certain things happened on the thirteenth day. As the number 13 has played an important role in Franz Kratschmers life, he decided to start his personal history with his grandfather, who sailed the world in the late nineteenth century. Some of the countries his grandfather visited would later be part of Franzs journeys. This included Brazil, Africa, Indonesia, and Australia. The reader will be taken on a voyage that started off during the Austro-Hungarian Empire, passing both World Wars, the liberation of the Austrian capital of Vienna on April 13, 1945, and the authors birth four years later. His career in the Austrian military was followed by becoming a civilian peacekeeper of the United Nations in the Middle East and East Timor (Timor-Leste) for more than twenty-three years.

The author is married and has two sons. His wife, Vera Lucia Ataide, and youngest son, Karl, were born in Brazil. Franz and his firstborn son, Francisco, are Viennese (Austrians). The latter is also an Australian citizen. Mr. Kratschmers main areas of interest are the Chinese economic expansion and the European Union. As a former peacekeeper of the United Nations, he believes that the traditional peacekeeping operations need to be reviewed and redesigned, with a view to enforcing humanitarian missions under the protection of UN forces.

Lucy Goes to the Beach - eBook

Lucy Goes to the Beach