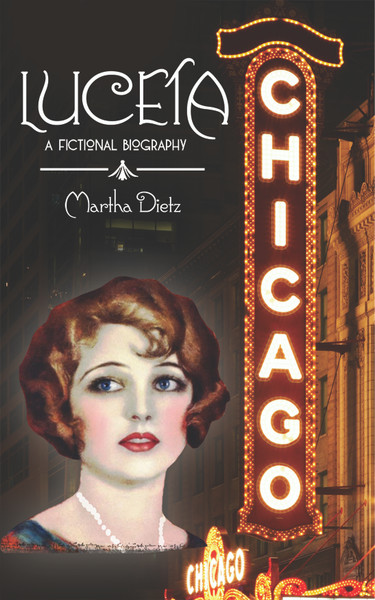 Luceta married seven times. The first husband was a bigamist and an embezzler. The second was a speakeasy owner in Chicago during Prohibition in the Roaring Twenties. The fifth husband, who also became number seven, had her committed to a mental hospital. In a story that spans most of the twentieth century, traveling from New Mexico to Panama to New Orleans and Chicago, Luceta follows one woman’s wild life, defined by successes and tragedies, and by a complicated relationship with her show-business family. Based on real-world stories heard by the author during her years in Chicago, Luceta is a fictional biography of a singular woman, a compelling read from the first page to the last.

Martha Dietz grew up in Bloomington, Indiana. An Indiana University graduate with a double-major in journalism and psychology—at a time when fewer women earned four-year degrees—Martha worked as the publicity director for the Conrad Hilton Hotel in Chicago, until she married a performer headlining the supper club room and entered the world of show business. Together, they traveled the U.S., Asia, and Europe for 35 years. After her husband’s death, Martha closed the business and retired first to New Mexico, then back to Bloomington. She previously wrote Rue de Navarin, her first Fontaine mystery (now out of print), and is currently working on the second. She is also working with an illustrator on a series of children’s books entitled The Jack E. Frost Mysteries.

I’m pleased to share this review of one of your newest books, “Luceta,” by Martha Dietz.

I really enjoyed this novel. The characters are well-developed and endearing, and it truly offers a glimpse of an exciting time during our country’s history. I highly recommend this quick read!