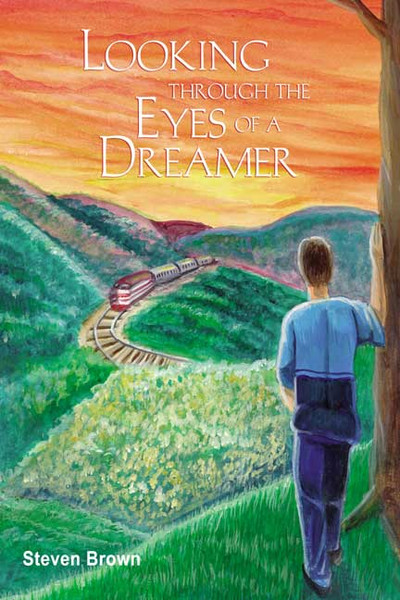 by Steven Brown Looking Through the Eyes of a Dreamer explores Americas beauty as one of the worlds greatest marvels. Trains have made America what it is today, and they are still making it stronger with the demand for freight rail service increasing at historic levels throughout North America. Some of Americans railroads were built along some of the old stagecoach trails through river valleys and mountains. Railroads were also built following the contour of the land to lay track quicker and keep costs down. The more earth that was moved, the more expensive the project. The old Illinois Central Railroad (Iowa Division), now owned by the Canadian National Railroad, is one of the many mainlines still in operation today that follows the contour of the land, which makes it very interesting for rail enthusiasts. These scenic train photos cover the old (Iowa Division) of the former Illinois Central Railroad, as well as many other railroads in the Midwest, from Minnesota to Kansas City and Chicago, and as far south as Arkansas. These photos of all seasons will take4 you on a journey looking at some of the most unusual and beautiful cloud formations, sunsets, and sunrises, as well as shots along the rail viewing what the train crews see out in the country and in the city. Cast your mind, sit back, relax, and enjoy! ABOUT THE AUTHOR As a small boy, Steven was always interested in trains. His dream came true when, at the age of nineteen, he became a Locomotive Engineer for the Chicago Central & Pacific RR. His love of railroading, meteorology, and photography has inspired him to create this beautiful book that shows some of the unique scenes that railroaders are privileged to experience. A native of Arkansas, Steven now makes his home in Schererville, Indiana, with his wife and three children. This is his first published book. (2006, paperback, 44 pages)

Life through the Eyes of a Woman

A Lonesome Village Near a Dark Mysterious-Looking Forest