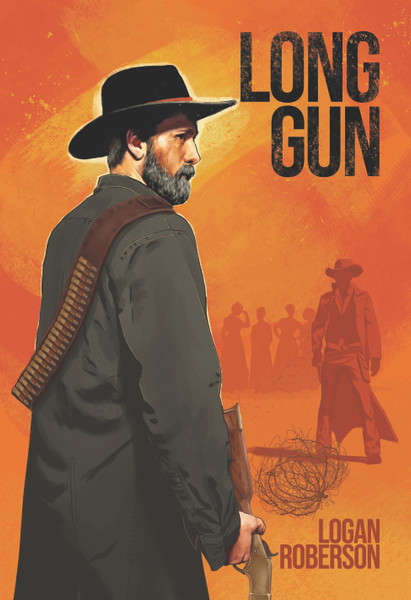 Long Gun, a Civil War veteran filled with justice and rage, finds himself engulfed in a personal battle almost twenty years after the war’s end. Between shellshock, a guilty conscience, and a sense of justice to kill the man who murdered his brother, Long Gun is being led down a dark path. He is conflicted, stuck in a time when justice was measured by raw emotions and longing to find peace. Unsure of what to do with his life, Long Gun roams the frontier, doing his best to fight for the little guy and hunt down his enemies. Now an aging middle-aged man, Long Gun is still living this life, but after making new friends who decide he’s more folktale hero than quick, angry gunslinger, the battle between killing for the dead and existing for the living comes to a climactic end.

Long Gun is a fun, gritty tale full of gunfights, horse chases, and saloon brawls with an in-depth look into the life of a larger-than-life figure and the human behind the legends.

Logan Roberson is currently a college student in Arizona and loving every second of it. Having grown up in the country, he has met many people who have inspired the characters found in Long Gun. His grandfather’s love of Westerns became his love as well and Long Gun provided an opportunity for them to grow even closer.

Being from a military family, Roberson intends to enlist in the National Guard upon graduating to give back to the American people. He still plans on writing and making a name for himself as an author. A massive Star Wars nerd, he hopes to one day work as a writer for the franchise.

My Long Journey in Baltimore - eBook

The Long Road to Tahoe - eBook

The Retrial of Lillian S. Raizen: A Life Avenged - eBook