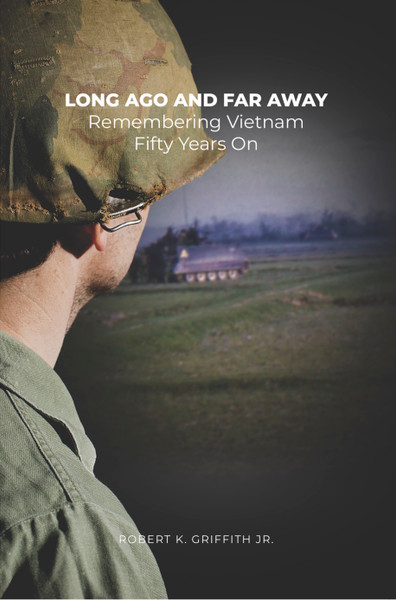 Fifty years after the end of U.S. ground combat in Vietnam, Robert K. Griffith Jr. takes a fresh look at his experiences there as a green armored cavalry officer at the height of the fighting in 1968–69. Like others, he endured the shock and horror of battle, as well as its privations and boredom. He also learned the absurdities, humor and ironies of war as they played out on young men thrown together and trying to survive under seemingly impossible circumstances.

After the war, Griffith, a trained historian, gradually came to see the war as a misbegotten tragedy for America and especially for those who fought there. Ultimately, he felt betrayed by the civilian and military leaders who sent him there.

A trained historian, Robert K. Griffith Jr. spent twenty in the army initially in armored cavalry units, and later in the professional education and training field. He served on the faculties at West Point, the army’s Command and General Staff College, and the National Defense University’s Eisenhower School of National Security and Resources Strategy.

Prior to becoming disabled by injuries sustained in Vietnam, he was an avid sailor and skier. He is a member of the Black Knights, the Association of Vietnam Veterans of the Third Squadron Fifth Cavalry, and the Annisquam Historical Association that studies and celebrates the contribution of a village established in 1623.

He is married and has three adult children, two grandchildren, and the occasional dog.