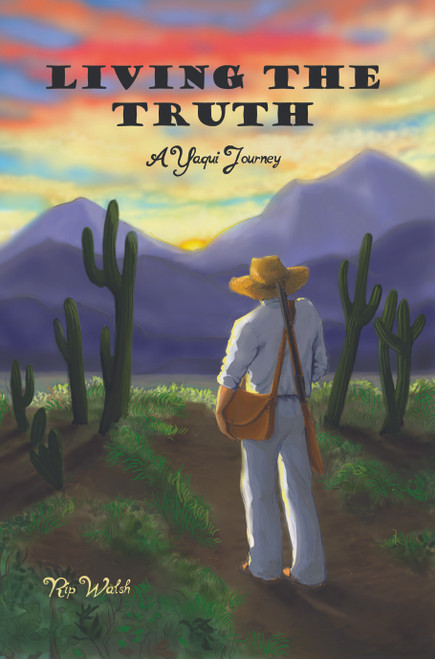 Living the Truth: A Yaqui Journey

Born a full-blooded Yaqui Indian in Mexico’s northwest Sonora province, Henry grew up in the most tumultuous period in the proud history of the tribe. Yearning for nothing more than to lead a quiet existence, pursuing the Yaquis’ fascinating religion, which blended Christian elements acquired from Jesuit missionaries in the 1600s and reverence for the huya aniya or natural world, Henry and his family would be torn asunder by the bitter wars against the Mexican government from the 1860s to the 1880s.

Following a devastating defeat in 1886, Henry must make a life-altering decision, stay in oppressed Sonora, or risk a new beginning north of the border in the United States.

Living the Truth: A Yaqui Journey is a semi-biographical novel of the author’s great-great grandfather, Henry Serine, who lived from 1854 to 1935. It is an incredible story of perseverance and the unconquerable human spirit.

Combining a compelling personal narrative, interwoven with the culture and saga of the Yaqui Nation, the most feared Native American tribe in Mexico, it is a haunting and unforgettable book.

Richard Walsh, MSEd. has been an educator for over twenty-five years and is currently an adjunct professor at Long Island University, C.W. Post. He teaches courses on Native American history and culture, the Civil War, the American Revolution, the Presidency, World War II, and the history and culture of Ireland.

Living the Truth: A Yaqui Journey is his eighth book. He has written seven other books: Shine the Light of Love; Profiles in Presidential Leadership: Washington to Lincoln to FDR to ?;

Battle Hymn: The Best and Worst Generals of the Civil War, 1861-65; The Essential Eight: Decisive Battles of the Civil War; Victory or Death: Military Campaigns of the American Revolution; A Hunger for Freedom; and We Suffer the Mouse to Play: Native Americans, Colonists, and Americans.

Professor Walsh lives in Northport, New York, with his wife, RoseAnn. Together they have four children and two grandchildren.

Living the Truth: A Yaqui Journey

Writings Created Throughout the Soul - eBook