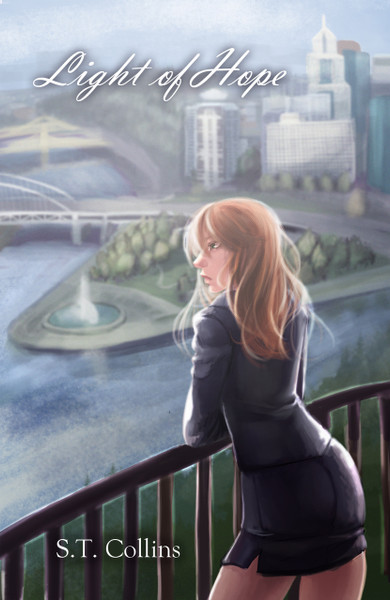 Light of Hope
by S.T. Collins

Light of Hope, by S. T. Collins, introduces us to Vikki Nelson, a young divorce who is determined to make a difference in her workby becoming a social worker. She works hard and finally lands a job at the Light of Hope, a womens shelter in her area.

Although her main focus in life has always been to help others, Vikki cant help it when she falls for her boss, Robert Cuccio. Their relationship is passionate and forbidden, but it fills a void in Vikkis heart; Robert is so unlike Vikkis abusive ex-husband. Has she finally found the man to make all of her dreams come true?

About the Author: S. T. Collins is a single parent of a daughter who is now grown, married, and starting a family of her own. The majority of Collins career was working as a teacher in various educational settings, most recently as an instructor within a proprietary school setting teaching adults. The best part of her job, she says, is being able to see her students achieve success in their lives when many of them are faced with great obstacles to overcome. Currently, Collins is writing the sequel to Light of Hope, which is called Abandoned Trust. She believes there will be a third and final book in the series that ties all three books together. Collins childhood upbringing was very nurturing and loving. She was raised by her mother, maternal grandmother, and great aunt. Her biological father abandoned her and her two sisters when they were toddlers. He was abusive to her mother and also an alcoholic. She is the first person in her family to earn a bachelor's degree. Eventually Collins would love to further her education in the field of psychology to become a psychologist who operates her own social service agency.