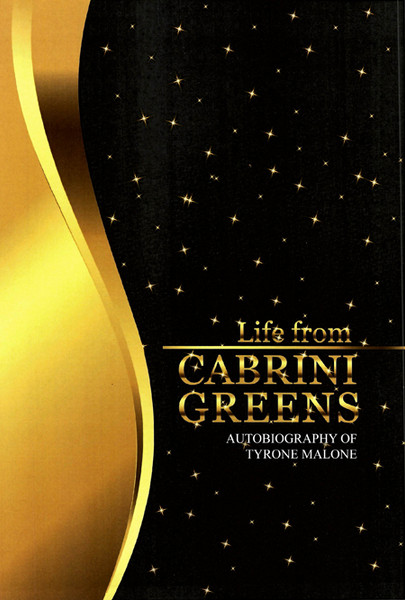 Life from Cabrini Greens details the true story of the author and his life experience though struggles and pain. Deeply traumatized early on, his mindset was affected by daily gang life from the beginning. There were many obstacles he had to overcome from dealing with crime and eventual incarceration. He encouraged and influenced others to follow his lead which would lead to self-destruction. While in federal prison, he woke up and came to his senses. This change of thinking lead to better choices and a willingness to give back to the community.

Tyrone Malone’s life struggles from poverty to prison made it hard for him to overcome and become a better man. He had the ability to rise above the madness of being active within a gang to change his life around. He was able to adapt to prison life to where it took a toll on him to be part of the jail population in the 1990s and 2000s. This book details his life in a conservative vice lord organization for over forty years and his eventual change to a positive mindset.

Memories from the Cloud of Life - eBook

Memories from the Cloud of Life - PB

Letters to Kirabelle: My journey THROUGH cancer to motherhood & beyond...

She Didn't Even Die Right Away

MARGIE: My Life with Bipolar

Stories from Off the Grid

Joey: A Desperate Search for My One True Love