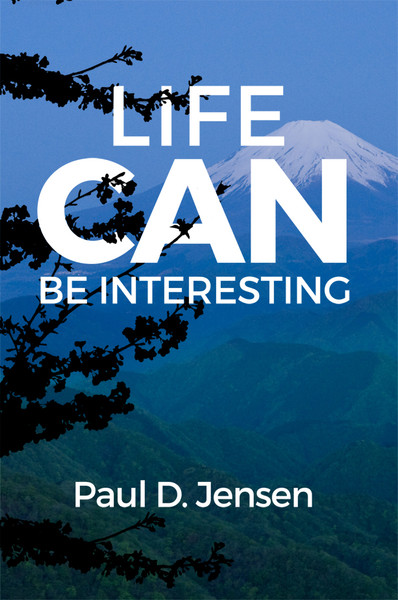 Life CAN Be Interesting
by Paul D. Jensen

Life CAN Be Interesting contains a number of historical references to events, places, and times where the author, Paul D. Jensen, found himself during his lifetime. This book chronicles these unique moments while he spent the majority of his life on Military Active Duty, Military Reserve Duty, or as a Civil Service Worker with the military.

Paul D. Jensen spent around thirty-eight years of his working career in federal Contracts and Acquisitions. In the late 1940s, he worked on several different movies in the Special Photographic Effects Department of 20th Century Fox studios in Westwood, California. In the early 1960s, he was selected, mainly due to his ability with the Japanese language, to work for a week with the social director at the Sano Hotel in Tokyo, where a large conference, which included many American military members, was being held.

Paul has lived in the small town of Winton, California, since 1984. Both he and his deceased wife, Beverly, enjoyed doing wood projects whenever they have spare time. They raised six children.

LIFE: You Can Escape

Learn for Excellence: How You Can Prepare Your Children for College and Life

Life is a Journey, Healing is a Process: How God Can Change your Life from the Inside Out - eBook

Life is a Journey, Healing is a Process: How God Can Change your Life from the Inside Out