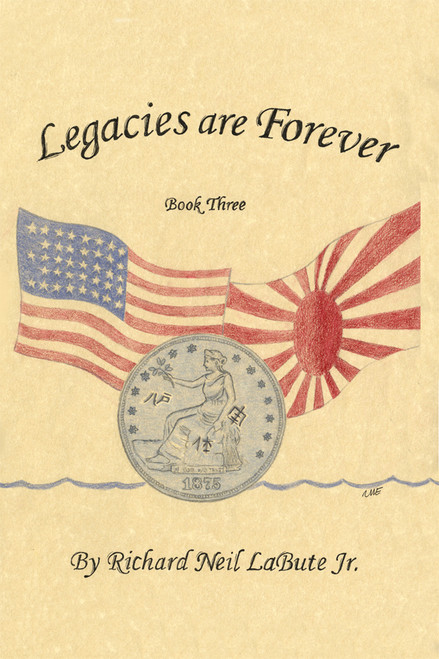 The conclusion to author Richard Neil LaBute Jr.’s exciting trilogy, following The Search and From Across the Waters, takes us to Japan, where young liberal heirs to centuries-old fiefdoms unite to bring about the end to the Tokugawa Shogunate. The two-hundred-fifty-year reign of Tokugawa military rule is over. The Restoration has brought the Meiji Emperor out of the secluded confines of Kyoto and back to the center of government and power in old Yedo, now Tokyo. The Sonno Joi, revere the Emperor, expel the barbarians movement has succeeded, yet failed. The Shogun is gone, but the hated bakufu, Tokugawa-era government bureaucrats, remain. Japan as a nation quickly sheds its medieval past, rapidly emulates, then seizes a place at the table of modern nations, much to the dismay and expense of its neighbors—north, south, west, and ultimately the United States and its possessions to the east.

In Europe, Prussia, with the help of Bavaria, cements together a Germanic nation, as France tends to its colonies on many continents. The three-hundred-year-old Romanov Russian Empire teeters on the brink of disaster and revolution. Equally decrepit empires of the Ottoman Turks, Austro-Hungarians, and Ching Dynasty of China also near their end. The riddance of imperial overlords, national identity, and the power of the proletariat are themes du jour, of the day.

Richard Neil La Bute Jr. was born in Michigan and raised in Washington State in the foothills of the Rocky Mountains. His writing reflects his lifelong interest in history and linguistics, as well as seven years’ active and three years’ reserve service as a regular in the United States Marine Corps.  Since 2000, he has been engaged in animal husbandry and organic/sustainable farming in central Minnesota, in addition to flying corporate aircraft and volunteering for air ambulance part time.  Having traveled, worked, and/or lived in over one hundred countries, including ten years spent in Japan, Mr. La Bute currently resides with his wife of thirty-three years, Yoko, on a small farm near their two daughters and three grandchildren.