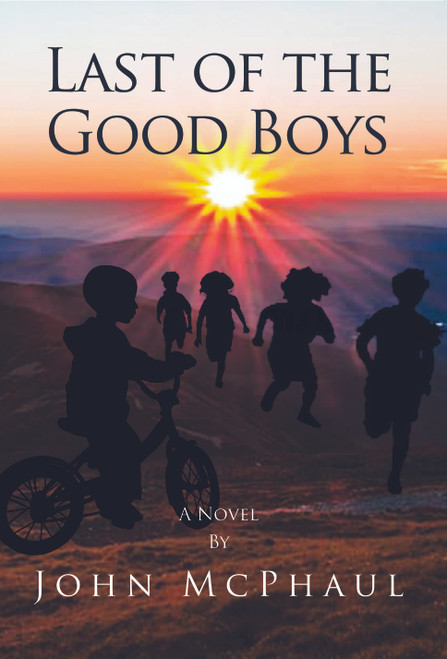 Last of the Good Boys
By John McPhaul

The book begins in the deep, then-segregated south where six black boys come of age in the mid-1960’s. Each weigh their dreams and ambitions against conscription and the Vietnam War. Hopes for a better life lay seized in their aspirations for manhood when suddenly, lives are blindsided and impacted by that war.

Mel Streeter (main Character) voices his story against the backdrop of childhood memories in that tiny town in Florida’s Panhandle.

Streeter’s dream to be an aviator and the torch he’s carried since childhood for a girl much older than him (Rachel) are realized in the den and complexity of Vietnam. As a helicopter pilot, he ‘s paired with an amiable, senior pilot (Habrasham) and assigned to clandestine operations where he meets (Xuan), the beautiful Montagnard Woman (a member of indigenous tribes of South Vietnam) who bears a twin-like resemblance to Rachel.

The seasons of war and deaths of good boys are churned in young Streeter’s obsession with that resemblance. Amid Streeter’s powerful need to complete that circle of romance emerges the horrors of life changing injuries and uncertain recoveries.

Seven years later, 1975, when American troops no longer occupy South Vietnam, a small, secret team is summoned to return to Vietnam just prior to the fall of Saigon. It is then the truth emerges concerning the clandestine missions flown by Streeter and Habrasham and the fates of Xuan, her family and village.

In a haunting and eclectic conclusion, Last of the Good Boys delivers an urgent 1960’s accounting of the human cost for the South Vietnamese people and shares an intimate view of the Montagnards of South Vietnam—most importantly, a searing and touching view of the war ‘s emotional impact on black American families.

About the Author
John McPhaul is a freelance writer based in Florida. Last of the Good Boys is his debut novel. He has written and published one short story, written two plays, and directed formal stage productions. He is a Vietnam Veteran, holds a bachelor's degree, and is a former pilot.