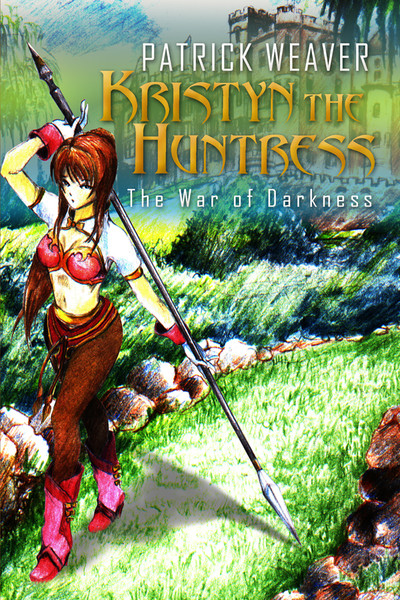 Kristyn the Huntress: The War of Darkness
by Patrick Weaver

After years of peace, a great evil begins to gather force, led by Lord Tibius. Like a tornado, it wreaks havoc over the land. During this time, four clans put aside their mistrust of each other and band together to fight off this malevolence.

In the beginning, Kristyn is the Huntress for her own clan, trying to return to her village to warn of the impending eruption of a nearby volcano, which she discovers while hunting for food. She is, however, unaware of the manmade danger that is also coming her way.

There are four local clans: the Cave Dwellers, skilled in explosives and stealth; their enemy, the Forest People, skilled in forest layout and tracking; the Roamers, skilled in weapon making; and the Cliff People, skilled in fighting. While there is no love lost between them, they create a treaty in order to fight the evil of Lord Tibius. Can they win the battle, and if so, can peace be maintained in the aftermath?

Patrick Weaver is Texas native, living the last twenty-three years in Baytown. He is single and holds an associates degree in computer maintenance. Patricks interests include online gaming and writing.