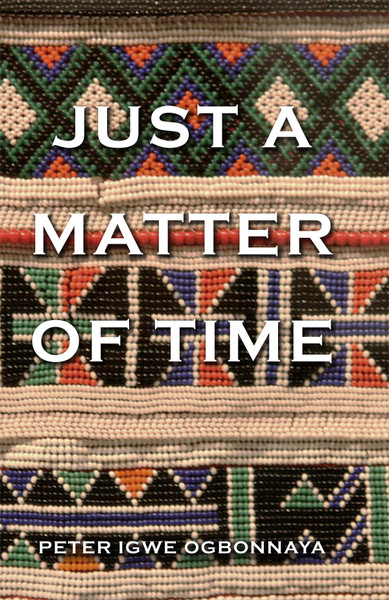 After felling a terrible beast plaguing their village, Ikenna, with his father’s blessing, has gone in search and found the love of his life, Rebekka, who he wishes to marry. The only problem is, his father and Rebekka’s father are sworn enemies, set on preventing the union. Just a Matter of Time follows the families’ complicated histories, from the start of the feud to it’s conclusion, all the while transporting readers to a new, exciting, and beautiful culture; and confirming the power of faith in - friends, family, and a higher power.

Peter Igwe Ogbonnaya was born in Nigeria in August, 1962. He hails from Alayi in Bende L.G.A. of Abia State. He started his Secondary Education at Igbere Secondary School; and later attended Alayi Secondary Commercial School, where he sat and obtained his WASC/GCE in 1982. In 1983/84, he gained admission into University of Nigeria, Nsukka, where he graduated in Business Management in 1988. He has worked as a manager, as a teacher, and as a business man. But he has great passion for writing. He is the author of the people of Alayi Igboji Akuru: A Composite of Igbo Tradition and Culture. In 2003, he won BBC African Prize on My Street Competition. He lives in U.S.A with his wife Blessing Chibiko Ogbonnaya. He has a son, Ezekiel Igwe Ogbonnaya. He loves sports, especially soccer. Though he no longer participates in playing soccer, his love for the game has not diminished. He still enjoys watching the sports he once cherished as youth.