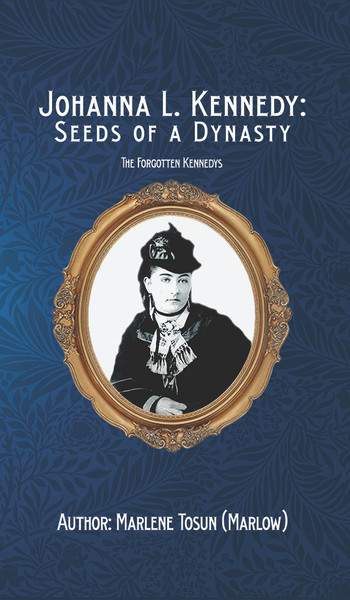 The author Marlene Tosun (Marlow) met William Twomey Sr. on a cruise ship in the Year 2000, William’s wife Helen M. (Finnegan) Twomey had recently passed away. Bill dated Marlene for five years. He came to live with her in Wolcott, Connecticut, at her home, and he unexpectedly passed away Thursday, March 31, 2005, in St. Mary’s Hospital, Waterbury.

He told Marlene of his family history and wanted her to write about his grandmother, Johanna (Kennedy) Mahoney, sister to President John Kennedy’s grandfather.

When Bill was seven years old, he and his two uncles, Fred and Louis, along with his mother Frances, grandfather Humphrey Mahoney, and older brother Ed went to New York State on a road trip vacation. They had stopped to let Billy relieve himself. Humphrey took his grandchild’s hand to cross the road in Mechanicsville to go behind a barn when suddenly a big limo came racing up to them, hitting Billy and his grandfather, and the next day, his grandfather died in Saratoga Hospital. The driver of the limo was never charged with hitting and killing Humphrey. The couple in the limo was never identified; this incident is in the book, “The Kennedy Curse.”

The Honest Contrarian: And Other Stories About Washington DC