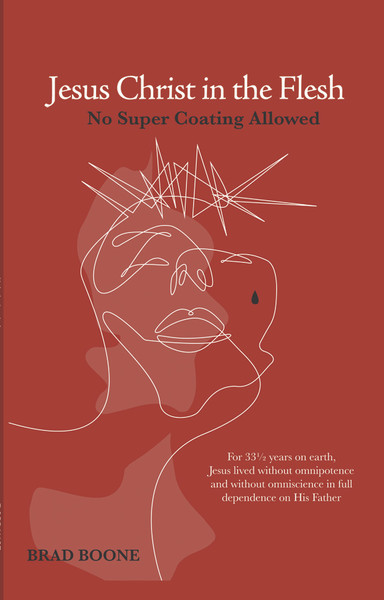 Jesus Christ in the Flesh: No Super Coating Allowed

Jesus Christ in the Flesh: No Super Coating Allowed goes through numerous Scriptures from the Bible which specifically address the nature of Jesus Christ while He was in the flesh. These Scriptures contain valuable insight from what others said about Jesus and from what Jesus said about Himself. For most Christians, the truth that Jesus was God in the flesh in turn necessitates that Jesus had all of God’s divine super powers while being in the flesh. But that conclusion is self-imposed, and is inconsistent with what the Scriptures reveal. This book connects the dots of Scripture to show that Jesus left His super powers in the Throne Room of heaven in order to model dependence on God the Father just as He expects all Christians to do.

Brad Boone grew up in Western Kentucky, knowing from the age of ten that he wanted to be a lawyer. He became an Eagle Scout at thirteen years of age, and filled his formative years with playing all types of sports, his favorites being golf and tennis, which he still plays often today. Brad left his small town of Murray to attend the University of Kentucky, receiving a degree in Political Science. He then fulfilled his childhood dream of becoming an attorney also at the University of Kentucky. Brad currently practices tax and corporate law with Stites & Harbison law firm in Lexington, Kentucky.

Brad began his faith walk at a young age under the strong direction of his father, O.B. Boone, Jr. He began teaching Sunday School classes while in law school and has been a Children’s Leader with Bible Study Fellowship since 1995. Brad is married to Laurie, his wife of thirty-four years, and has four grown children, J.B. and his wife Rachael, Ben and his wife Trinity, Maddie and her husband Josh, and Caroline and her husband Matt. Brad and Laurie reside in Nicholasville, Kentucky.

Awakening: Awaken to Your New Life in Jesus Christ - eBook

God Almighty Jesus Christ created the Heavens and the earth

Will Your Journey Matter

Glass Houses of the ATL - eBook