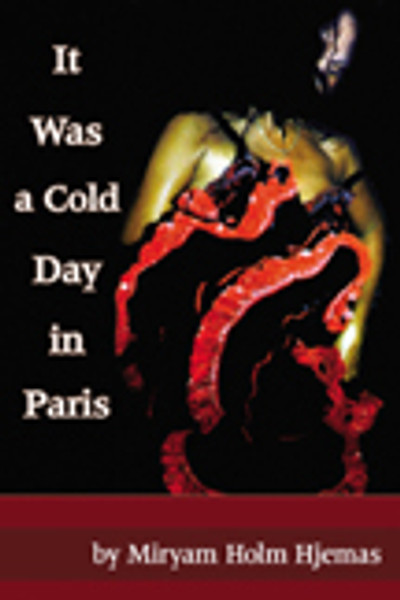 by Miryam Holm Hjemas Inspired by her childhood dreams of traveling, It Was a Cold Day in Paris is a frank autobiographical story in which Miryam Holm Hjemas tells about her life. Raised in the Peruvian aristocracy, Miryam has a traumatic childhood. She travels to the U.S. illegally as well as to Europe, searching for true happiness by finding the man of her dreams tall, fair, well-educated, and able to dance the Viennese waltz. After experiencing true struggle and more traumas in the United States, she finally makes it to Paris, only to find that her troubles were just beginning. Three awful husbands and too many years of strip dancing for lonely men with hungry eyes have left her jaded and brought her nothing but money and misery. When she has almost given up hope, she meets a wonderful Norwegian sea captain who fulfills her lifelong dream! About the Author: A self-described cook and homemaker, Miryam Holm Hjemas describes her education as strictly elementary; she had no previous knowledge of English and wrote her entire manuscript in the last few years, while teaching herself the language. She is an excellent artist, and in fact, the cover and interior text drawings were done by Miryam herself. She is a classical music connoisseur, and in her spare time she enjoys painting, gourmet cooking, and sewing. (2003, paperback, 202 pages)