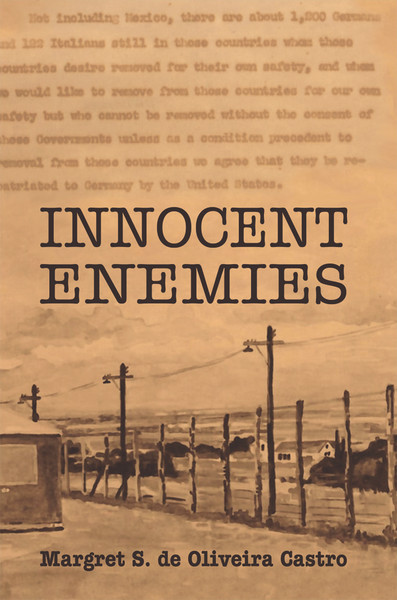 "After having been kept for several months in quite filthy quarters at the local police station in San Salvador, we were transported one day suddenly to the port of La Union, where the U.S. Marines gave us a hearty welcome. Capt.. James J. Foley -it's more than 80 years ago now, but I'll never forget his name- bellowed to his men, 'Herd 'em up, those sons of bitches, and if anybody moves, give 'em the works!'

We had to strip down and stand naked for hours at the pier where a U.S. cruiser had anchored. Then we were allowed to put our clothes on again and after everything was carefully examined, all pencils, fountain pens, etc., broken -they could contain hidden explosives!-, The Marines drove us up the gangway with their bayonets. "

This is how her father described being jailed and extradited to an unknown destination. During World War II, German civilians living in Latin America were rounded up and imprisoned, taken to internment camps in the US, and later exchanged against American prisoners in Germany. They were innocent enemies, useful pawns.

Margret S. de Oliveira Castro was born in Germany, went to school in El Salvador, Guatemala, Honduras, Mexico and Canada, and has a Masters in Translation from the University of Geneva, Switzerland. She spent 20 years in Colombia, where she wrote La Lengua Ladina de Garcia Marquez, the first encyclopedic compilation of neologisms, localisms and unusual words that appear in the extensive work of the Colombian Nobel Laureate author. She later moved back to Geneva, where she dedicated herself to etymological research. She now resides in Miami, Florida, where she continues to write.