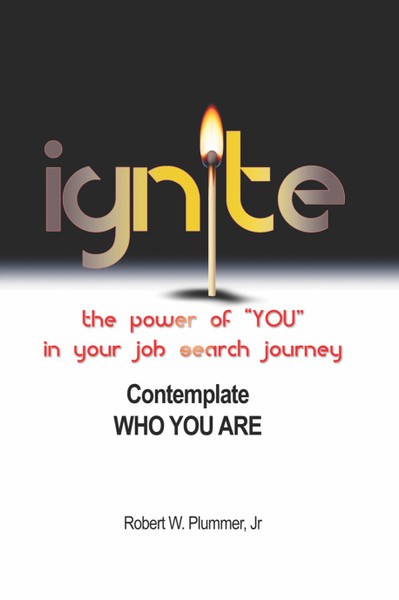 Ignite the Power of “YOU” in Your Job Search Journey

Unlike most books on the job search process, which only touch on interviewing skills, resumes, or networking, Ignite the Power of ‘YOU’ in Your Job Search Journey focuses on the foundational step of Personal Discovery. In this book, Plummer will show you how to take inventory of yourself—the traits and attributes that make you who you are—and how to establish your personal brand. Highlighting this key step in the job search process will make the difference in getting the job you want instead of getting hidden in a sea of candidates.

Robert W. Plummer, Jr. has over 41 years of professional experience, working in both the private sector and military service. He served in the United States Army for 22 years as an Armor/Cavalry Officer. He retired from the service in 1998 at the rank of Lieutenant Colonel. He is a graduate of the U.S. Army Command and General Staff College and the U.S. Air Force Command and Staff College. He also received a BS degree from North Georgia University in 1975 and his MPA from Auburn University in 1991. Throughout his 19 years of working in private sector, Robert was motivated by a passion for helping people and organizations imagine a future beyond the range of their “headlights.” He retired from IBM in 2017.

Currently, Robert volunteers as a job search consultant through the Career Network Ministry at McClean Bible Church in Vienna, VA. Robert and his wife, Danette, have been married for 44 years and have two sons, Nicholas and Christopher. They reside in Haymarket, VA.

Molly in Search of Bacon - eBook

Will Your Journey Matter? - eBook

On The Job: Which One Are You? - eBook