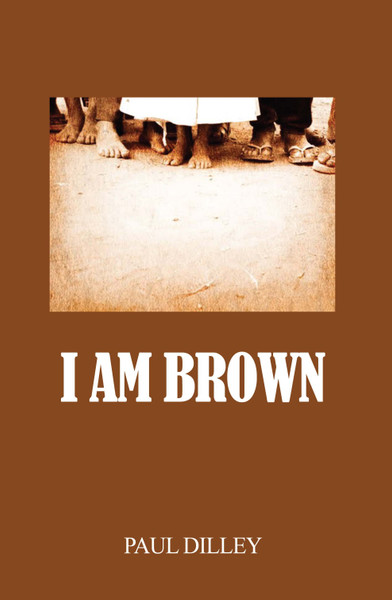 Written as historical fiction, I Am Brown tells the historical relationship among Smeltertown, ASARCO, the EPA, and the residents along the El Paso-Mexican border. In the early 1980s, Smeltertown was but a faint memory, where its residence had been forced to relocate over ten years ago. There was nothing but a few adobe remnants and the remains of its cemetery that still loomed under the shadow of the country’s tallest smokestack, and ASARCO the Smelter that pumped a record amount of pollutants out of those smoke stacks.

Just over a decade earlier at the foot of those smokestacks there existed a community of ASARCO workers and their families that had once numbered over five thousand called Smeltertown. These Smelter workers started building their small adobe huts in the late 1890s. At its largest, it had restaurants, markets, cantinas, a post office, a Catholic parish, and even a YMCA.

Delving into topics of immigration, this book carries forward familiar themes that are still relevant today, putting a personal face to history and while offering a better understanding of the Hispanic culture unique to the El Paso border. Smeltertown is a part of El Paso’s border history, that many would be all too happy to ignore and forget.

Paul Dilley was born and raised in Texas. He attended college in southern Mississippi, and then settled in El Paso, where he worked in research and development in the Paint and Coatings Industry. This is his first published book.  Two men come together to save one man, a family and possibly hundreds in this fast-paced and moving story about the boundaries of medicine and the limitless empathy one man can have for another.

I Am A Queen - eBook

IT Came to Earth - eBook

The Contemplation of Harold - HB

The Contemplation of Harold - PB

The Contemplation of Harold - eBook

The Monotheism of Abraham

The Monotheism of Abraham and How It Shaped World History - eBook