How Santa Became a Toymaker - eBook 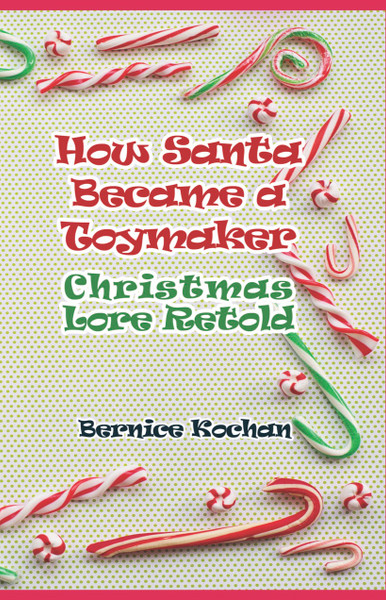 How Santa Became a Toymaker - eBook

How Santa Became a Toymaker

Many, many years ago, there was a little boy named Santa Claus who lived in the great north country with his mother, father, and homebound little sister. Santa wanted to do anything he could to make his sister smile. He would gather her colored stones, pick her flowers, but when Christmas came, their father had no money to buy real toys for the children. And that was when Santa had an idea.

A delight for children young and old, How Santa Became a Toymaker is a new look into the beginnings of the jolly man in the red coat, filled with valuable lessons of kindness, love, and generosity the whole family will enjoy.

Bernice Kochan had a long career working as an artist in Cleveland and collaborated on many national commissions. After becoming a bit of a celebrity in 1969 with major awards, Kochan started her own studio and worked on a mix of jobs, some to pay the rent and some for non-profit organizations. In her spare time, she enjoys making papier-mâché piggy banks.

Kochan shares her artistic interests with two sisters and one brother, her nieces and nephews being ready models for any project.

How Santa Became a Toymaker

The Adventures of Boogaloo the Magical Black Cat - eBook