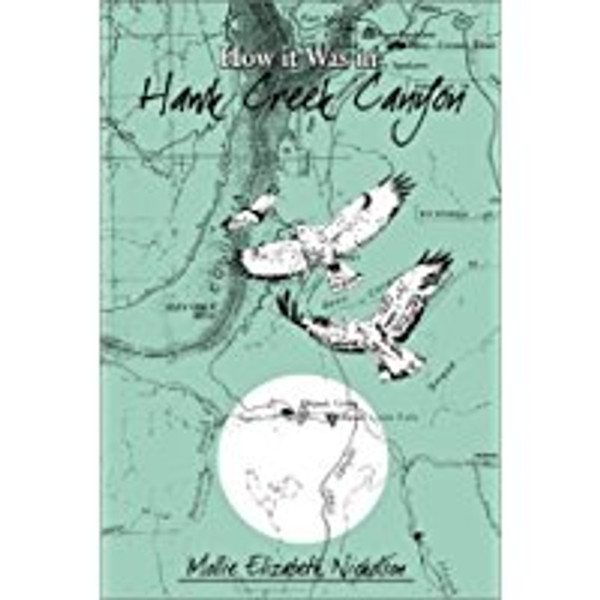 by Mollie Nicholson An enduring combination of Welsh traditions and superstitions along with deep Southern pride and perseverance create a unique childhood on the Hawk Creek farm. This mixed heritage, though, as different as chalk and cheese, provides a remarkable foundation for integrity, truth, and the power to believe in a past strong enough to carry into the future. Mollie Nicholson intimately reveals a glimpse into her own family life in Eastern Washington on a canyon farm in Lincoln County during the 1920s. Charming, thoughtful, and refreshingly honest, Nicholson upholds two different traditions and speaks of a time most of us have forgotten. With her Welsh mother and North Carolinian father, Nicholson describes her childhood home as a crosswalk of inherited backgrounds from the Heather Hills of Wales and the tobacco plantations of the South. About the Author: After graduating from Eastern Washington College in Cheney, Washington, Mollie Nicholson taught school for nearly thirty years, teaching writing, English, and math. She was awarded the Lucille McDonald Memorial Award by the Pacific Northwest Writers Conference, July 1993, on the merits of several chapters of her book. Preceded in death by her husband, Mollie has two children, seven grandchildren, and ten great-grandchildren. (2003, paperback, 100 pages)

GWAHMP Canyon: Into the Can - eBook

How I Got My Snow Cone