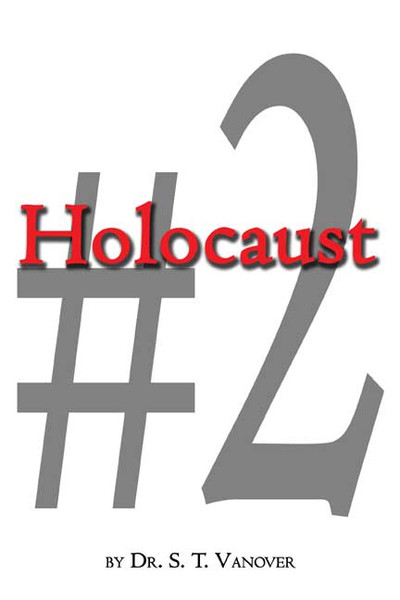 by Dr. S. T. Vanover In this inductive, biblically based argument, Dr. S.T. Vanover warns of a soon-coming world-wide Holocaust #2 with the rise of the Antichrist on Earth. Through careful and discerning research, Vanover is able to support his belief that the Bible has clearly predicted this impending catastrophe, and during Holocaust #2, only one out of every eight human beings will escape physical death. Dr. S.T. Vanover contends that the Theory of Evolution and the Big Bang theory can be disproved, further illuminating the reality of the prediction put forth by the Book of Revelation. Accordingly, seven out of eight people will perish through both physical and spiritual death during the three-and-a-half-year time period after Israel signs a highly prophesized Treaty with its enemies. Dr. S.T. Vanover asserts that while Holocaust #2 is unavoidable, redemption can be sought by accepting the Lord Jesus Christ in our lives and living according to His plan. ABOUT THE AUTHOR Dr. S.T. Vanover is a retired medical doctor living in his native state of Kentucky. He holds a B.S. in chemical engineering from the Rose Hulman Institute and a medical degree from the University of Louisville. Dr. Vanover has a wife, Phyllis Vanover, and two sons, Michael and Eric. In addition to teaching Sunday school, he enjoys studying, reading, sports, traveling, and yard work. Dr. Vanover has previously published Religious Bastards versus Men of God. (2007, paperback, 144 pages)