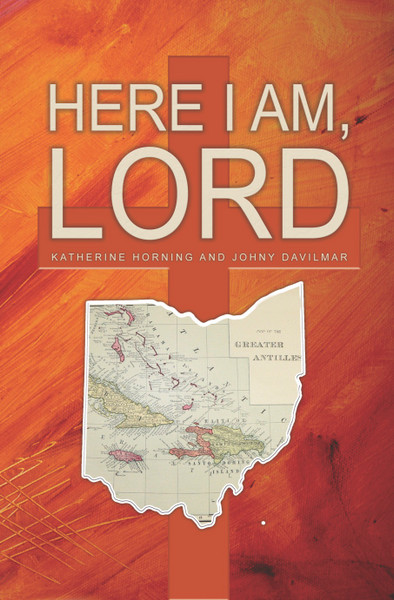 by Katherine Horning and Johny Davilmar

On a mission trip to Haiti, short-term missionary Katherine Horning met a young, fourteen-year-old man named Johny. With Katherine’s love of teaching and Johny’s desire and drive to learn, the two formed a deep connection that would last their entire lives. Here I Am, Lord tells the story of how these two unlikely friends changed each other’s lives for the better. Now in his thirties, Johny, with the support of Katherine and several Seventh Day Adventist churches near Columbus, Ohio, has obtained his bachelor’s and master’s degrees, has become a chaplain, and now is an intern pastor in Nassau, Bahamas.

Katherine Horning is a retired middle school English and reading teacher in the Cincinnati Public Schools. She also has volunteered in local schools with third and fourth grade students, helping with their reading and writing skills. She has made nine short-term missionary trips to the Northwest Haiti Christian Mission and is a former church organist and hand bell choir director. She and her husband have three children and five grandchildren.

Johny Davilmar, a native of Haiti, in 2006 became a certified technician in electricity and plumbing. In 2017 he received a bachelor’s degree from Northern Caribbean University in Jamaica with an emphasis in pastoral ministry. In 2020 he completed a master’s degree in pastoral administration and leadership from Herbert Fletcher University. He served as a chaplain for the Bahamas Academy of Seventh Day Adventist School. Currently, he is serving as assistant pastor for the Grant Town Seventh Day Adventist Church in Nassau, Bahamas. Pastor Davilmar is married to his wife Fridna and has a 22-month-old daughter Jameliah.