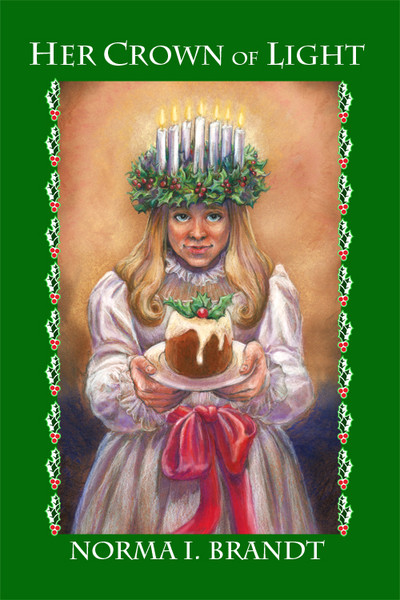 Her Crown of Light
by Norma I. Brandt

What tears family members and friends apart? Religion? Money? Infidelity? Murder? Maybe a better question is what can bring us together. Norma I. Brandt believes it is forgiveness through unconditional love! In a story that spans two continents and several families, Brandt explores the reasons behind the bonds we share with each other.

A native of Minnesota, Norma I. Brandt served her local community in choral and instrumental music, and later in several military installations in the United States and overseas. She is an accomplished musician and educator, teaching all grade school levels. She moved to an administrative role as principal later in her career. In her retirement years, she has turned to the joys and delights of writing. Every year, Norma bakes Scandinavian delicacies from old family recipes, puts on her Santa Lucia crown and gives plates of cookies to her family and friends to usher in the Christmas season.