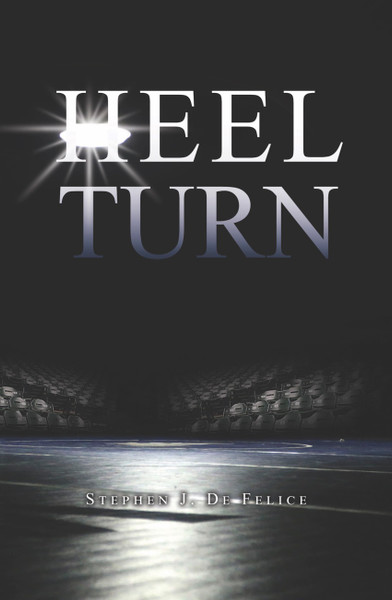 Trying to prosper in the regular working world but left feeling empty, a visually impaired young man in his twenties finds himself moonlighting as a professional wrestler.

He eventually finds himself struggling during the day with the lack of progress in his work life and struggling at night with repeated nightmares, where crazed fans try to harm him. After all, he is the “bad guy” or the heel. One fan in particular is an angry former girlfriend. Heel Turn follows his journey toward hopefulness and financial stability through radio, newspaper work, professional wrestling, lovers, ex-lovers, and a group of colorful friends…and enemies.

Stephen J. De Felice, like the main character within Heel Turn, is visually impaired. He was an overnight disc jockey, covered local sports for newspapers and magazines. He is a Louisiana native. He did struggle while there and jumped at the chance to go elsewhere. He is a retired federal worker and a major stroke survivor. He has been married for more than thirty years and is the youngest of a family of six. He has resided in Metro Atlanta for more than thirty-two years, and this is home. He and his wife have no children and are both Roman Catholic. His interests include sports, news stories, and the stock market.

The Wounds Turn to Flowers - eBook

The Wounds Turn to Flowers