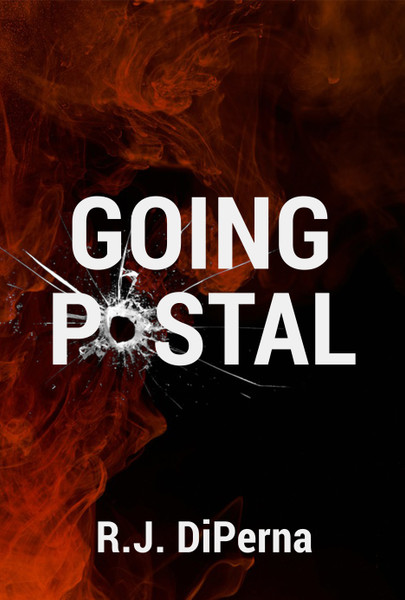 The United States Postal Service has experienced twenty-seven mass shootings from 1970 to 2021, with more than fifty people losing their lives. Why? What pushes someone over the edge into violence? Is it a single noticeable event or a culmination of many small events piled on top of each other that cause someone to break? Perhaps, if pushed hard enough, any of us can snap!

Going postal is based on actual events. The author speaks from an insider point of view, which not only highlights people's flaws but the flaws of a large governmental agency whose vast rules and regulations break down, leaving workers to feel like they have to take matters into their own hands. This novel delves into mental illness, addiction, verbal and physical abuse, domestic violence, sexual harassment, friendship, romance, betrayal, and revenge.

The two main female characters, Gemma and Dani, are hoping for a fresh start. Instead, they find themselves in the precarious position of losing everything after a bitter battle erupts between them. Both women need their secure job to be set free, so they ruthlessly decide to do whatever it takes to hold onto their livelihoods. While the women face-off, alliances are formed, thrusting others into the growing turmoil. The fighter instinct inside both women is the driving force that pits management, the union and coworkers against each other. As a result, five characters reach their breaking point, each bent on revenge.

Rhonda holds Paralegal and Public Administration degrees. She worked for the United States Postal Service for nineteen years before leaving to pursue other passions. She wrote this book to spark a conversation on what we, as individuals, can do to help prevent workplace violence. We have to recognize the subtle signs of someone in despair and offer them a hand in friendship before they go over the cliff. On an individual and societal level, we must reject the negative stigmatizations associated with mental illness and addiction, so people will openly accept help when offered.

Rhonda was born in Rhode Island and relocated to South Florida in the early nineties, where she currently resides with her husband. In her early thirties, Rhonda was a competitive powerlifter. In the two years she competed, she won consecutive Florida State and Regional Championships, holding twelve state records. Rhonda was ranked ninth in the country in her weight class. She also played professional baseball in the United States Women's Baseball League. Her hobbies include fitness, cooking, reading, biking, swimming, singing, and dancing.