God's Free-Man: An American Tale of Perseverance: A Life in Service - eBook 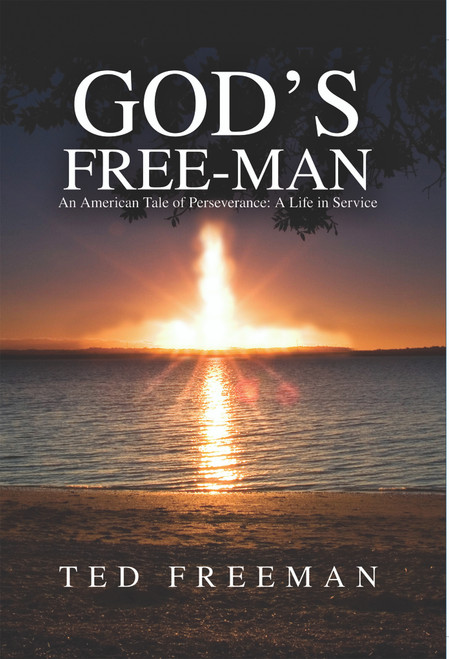 God's Free-Man: An American Tale of Perseverance: A Life in Service - eBook

God’s Free-Man is a historical presentation guided by God that delineates the capture of Harry and Kate Freeman, who were the co-founders of the city of Auburn, New York. Taken and made slaves from Guinea, Africa, they were freed by the Mansfield Decree in England and came to the colonies as indentured servants, fought in the Revolutionary War, and created one of the most important stations and terminals during the Underground Railroad Movement. Further in, Freeman delves into how their sons played pivotal roles in one of the most tumultuous times in American history. From the pain and agony of their grandson’s murder spree that introduced the plea of insanity to America’s jurisprudence to the excitement of a grandson who worked closely with Secretary of State William Seward and Harriet Tubman, the story of the Freemans brings to light a segment of American history waiting to be heard.

Ted Freeman is an honored alumnus of Villanova University and received one of their highest awards available to alumni in 1984, the Medallion of Excellence, the second African American to receive the award. The first being Chief Justice Robert Nix of the Pennsylvania Supreme Court. He began his career working with street gangs in West Philadelphia at the Haverford Community Center, 39th and Wallace. He was then led to return to Auburn, New York, as the director of the Booker T. Washington Community Center in his old neighborhood. Freeman has been involved with the National Urban League Movement for the past forty-six years. Starting in Rochester, NY, he became the president and CEO of the Urban League of Hudson County in Jersey City, New Jersey. After retirement, he relocated to Orlando, Florida, and became a board member of the Metropolitan Orlando Urban League.

For Freeman, family is his everything. He is a husband, married to his pillar of strength, Rhonda L. Freeman, a father, a grandfather, and a great-grandfather. He has one other previously published book, Acquiring Wisdom.

God's Will, Fleshed Out, in My Life - eBook

The Life of a Black Man - eBook

What Time's the Next Color? A Story About the Color Wheel - HB

Frankie: A Tale of Love, Passion, and Murder - eBook