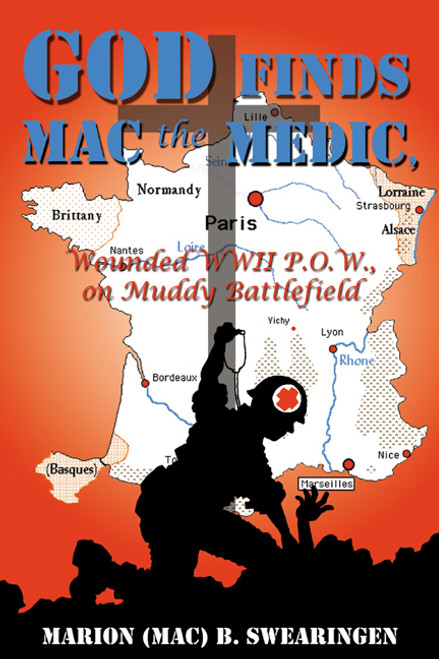 by Marion (Mac) B. Swearingen As one who faced the grim realities of war and the imminent possibility of death, Marion (Mac) B. Swearingen can testify to Gods continued help and presence in life. More than a memoir of war or autobiography, God Find Mac the Medic, Wounded WWII P.O.W., on Muddy Battlefield demonstrates to others the ways that can lead them forward to in the hope of eternal lifein times of war and otherwise. Swearingens World War II experience goes from bad to worse when, as a medic on the battlefields of France, he becomes a prisoner of war; his brigade is struck by explosives; and, severely wounded, he is separated from his captors. This is where the hand of God first reaches out to Mac, essentially carrying him back to safety despite the precariousness of his position. What follows is a testament to one mans faith in God and the practical evidence laid out before him that God hearsand answersones prayers. (2005, paperback, 56 pages) Availability: Usually ships in 2-3 business days.
×