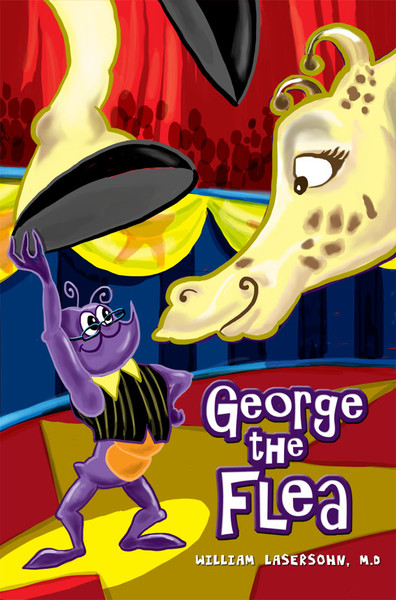 Tired of being a bloodsucker, and wary of the death of his family from the latest round of house poisoning, George the Flea embarks on a quest to start a new path in life.

In his grand plan, he envisions paying his way for the blood nourishment that he requires, and realizes the circus might just be the ticket to that. Theres just one little problem, however: there is no elephant in the circus for him to showcase his lifting prowess. Enter the giraffe, Gerty, and after some tenacious training and self-discipline, he finally realizes his dream.

Not only that, George and Gerty had it so good between them that they become inseparablefor a long time, after both found a power to lengthen Georges lifespan by some miles.

George the Flea by William Lasersohn, M.D. is a heartwarming tale of friendship, companionship, and loyalty.

William Lasersohn, M.D., from Greenburgh, New York, is a specialist in obstetrics and gynecology. He admits to a wonderful and exciting life, having worked in many places, among them the Zuni Indian reservation. After three more years of medical school he was in a partnership practice in Cleveland and then 10 years of private practice. He then worked for a clinic in Texas, before going to the army where he was assigned as Chief of OB and GYN in Stuttgart, Germany. He earned the rank of Lieutenant Colonel. William is 80 years old.