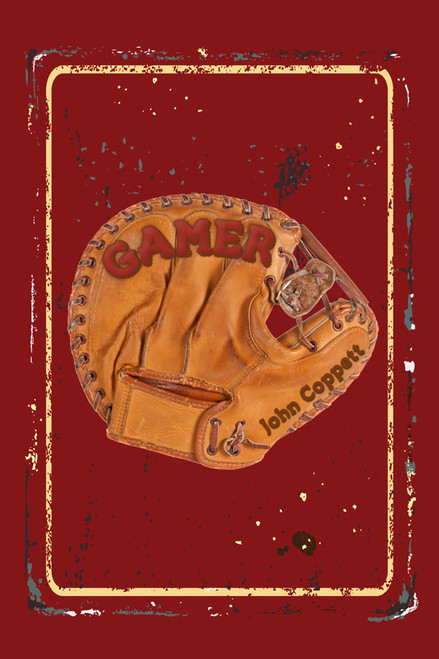 Gamer by John Coppett is a unique tale of fiction based on the life of Millard “Frosty” Snyder, a 74-year-old widower. As we meet Frosty on an early April day, he is tending the garden that his late wife, Francine, had loved and cared for; it is the first anniversary of her passing. The couple had been childless, which had left Frosty without a support system. Gardening was an activity that provided some relief from his sorrow; it made him feel close to Francine.

The story unravels in several realms of time and space, which gives the reader a deeper understanding of the life of Frosty Snyder. There will be glimpses of his past as a Minor League Baseball catcher and later as a scout for the Cardinals; with so many memories, his recollections prompt him to consult with Francine, even though she is gone. There is the present, which takes off with an unexpected invitation to the Baseball Hall of Fame, and makes him a celebrity in his hometown. And then there are the ghosts of players from the past, now playing for the Eternal League; will this be in Frosty’s future?

With Frosty’s notoriety, come opportunities he could never have dreamed of at the age of seventy-four. Will the possibility of a scandal create more stress than he can handle; or, will Frosty Snyder succeed in fulfilling a promise made, showing himself to be a true “gamer”? Enjoy the rollercoaster ride that is the life of Millard “Frosty” Snyder. To quote the author, “Never give up on a dream.”

John Coppett, a retired college professor, lived in Beaverton, Oregon. His passion for baseball began on the sandlots of southern Arkansas.

As a college player, John came to the attention of a Major League scout who dryly observed, “Son, you’re too small, but I see you’re attempting to make up for that by being too slow.” With these words of “encouragement,” John decided his future role with the game he loved would be that of a fan.