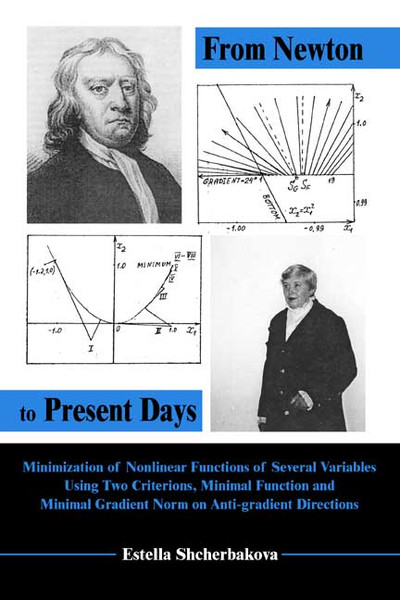 by Estella Shcherbakova The sequential unconstrained method is suggested and explicated for minimization of nonlinear functions of several variables. The method develops and expands the steepest descent method and uses analytical characteristics of functions without breaking the search. The method uses two optimal points on anti-gradient directions: the Cauchy point with minimal value of function and mini-norm point with minimal value of its norm of gradient. Numerical analysis is made for two functions of two variables to illustrate how the optimal points are collocated on different directions. The mathematical analysis is made for quadratic functions in canonic form with positive coefficients and six properties are proved, which are used in the algorithm. The program is written in C computer language. The method is checked on twelve test functions with calculations of first partial derivatives by analytical formulas and finite differences that are shown in table 1. A brief historical review of gradients and Newtons methods is represented in the discussion section of the book. ABOUT THE AUTHOR Estella Shcherbakova is a mathematician, chemist, and educator. She was born in Dnepropetrovsk, Ukraine, in 1938. She evacuated to Kuybishev (Samara), Russia, in 1941 during the Second World War. She arrived in Moscow, Russia, in 1951 and arrived in New York, U.S.A., in 1994. She attained a masters degree in mathematics and drawing in 1961; her Ph.D. in chemical science was obtained in 1974. She has over a hundred (117) publications, which includes articles, reports, three inventions, and one book, all in Russian. Her present book represents the results of studying such interesting subjects as the optimization of nonlinear functions of several variables. The authors earlier suggested method was improved in its theoretical part, the computer program was modified, and the test calculations were accomplished. The author wishes to tell her respected readers about this new technique and hopes the book will be helpful. More information is available in Whos Who in America 2004 and Whos Who in the World 2005. (2007, paperback, 44 pages)