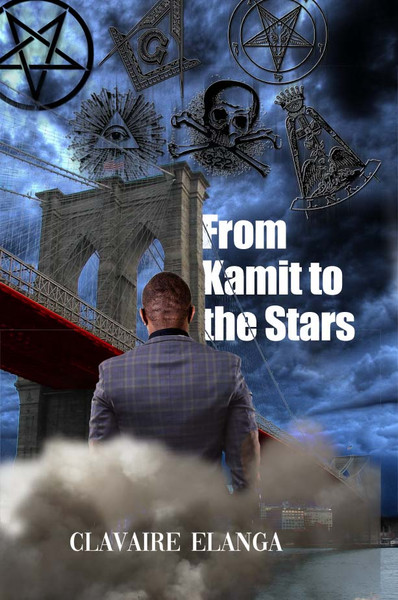 From Kamit to the Stars portrays the dilemma of an ambitious young man named Rohman. Although he has humble origins, he is not deferred from dreaming about a great future. First, he must find a good spouse, in order to comply with tradition, but he is afraid of commitment. Diane has qualities, but is illiterate.  Nancy is a learned woman, but unfaithful. Laure has a good job, but too many kids. Collins is cool, but past her prime. Ashley belongs to a noble class, but she is a witch. None of these women live up to his standards.

Rohman providentially reaches the American Royal Secret Society, but soon realizes that one cannot belong without going through esoteric practices include human sacrifice and cannibalism, He navigates tricky waters of flirtations, power, fortune, and glamour, but there’s no turning back. He discovers the ontological dimension of human beings, and, through his pain, looks back at his own flaws and failings.

Elanga finished second of World Karate Championship in 1986. After writing about metaphysics, He is now trying his hand at Geopolitics through a novel that addresses life in the African homeland and as an immigrant in the United States. Clavaire believes greatness is a mindset that starts with one’s dress code.