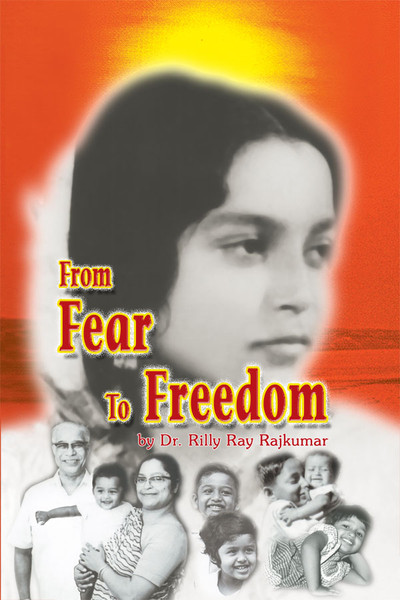 From Fear To Freedom
by Dr. Rilly Ray Rajkumar

Journey through Dr. Rilly Ray Rajkumars biographical account of the life of a young woman named Rilly, born in Darjeeling, India, and raised in a Bengali home during the 1940s. She watched her mother, a previously docile, fearful woman, overcome her fear, convincing her husband that the family needed to migrate to Malaya for the sake of their children.

This work tells of Rilly's persistence and dedication in pursing an education, becoming a medical doctor like her father, all the while fighting against the suppression of women, cultural traditions such as arranged marriages, and the freedom of religious choice. And, like mother, like daughter, this requires another move to Singapore.

To quote the author, "I realized that the pains my mother went through in her life urged me to write this book. I wanted the world to know what a simple woman can achieve by her sacrifices."

Since 1965, she has worked full-time as a doctor in a hospital in Singapore, which has taken her to Southeast Asian countries, Japan, and Los Angeles, CA.

The widow of a Sri Lankan-Singaporean lawyer, who was a loving husband and father, she currently lives alone, as their three grown children are married and living in the United States.

From a Lonely Soul to a Loving Heart