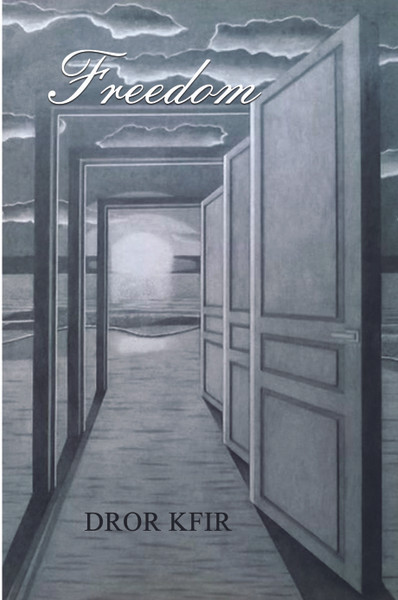 Beginning with a stint in jail for a marijuana possession, twenty-year-old Dror Kfir needs to figure out what his next step will be. Prison and drugs were the last things his parents could have ever imagined or expected of him. And the societal pressure they were enduring each day because of him was eating away at Dror. They were the ones having to deal with all this. They were being severely judged for his mistakes. Add to that, Dror’s arrest means he can no longer live in Israel. Sure, he can visit, but it can no longer be his permanent residence.

Despite having never received the government stipend for his military service, Dror pulls together what money he can to set out on his adventure. He decides to head to Greece first, discovering the plane fare is a reasonable first expense.

Doubling as an autobiography, Freedom takes us on Dror's journey from Israel through Greece and eventually through Switzerland, Ecuador, Columbia, and Bolivia. He makes jewelry, picks oranges, fishes for tuna. If there’s a way to make a buck to keep the adventure going, he does.

Dror Kfir has always regarded this world as temporary. The entire span of a human life lasts only seventy or eighty years—not a lot of time when you consider the big picture. Given that small amount of time, he’s always wanted to explore as much as he could.

As a teenager, Dror dreamed of traveling the world, which was a premonition but also a promise of the future he created. Freedom details the adventures Dror has created for himself. Born in Israel, Dror currently lives in Michigan. This is his first published book.

Confessions of a Modern-Day Youth