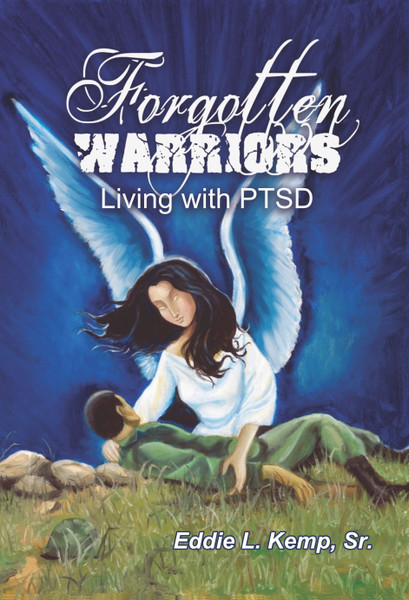 On May 16, 1968 in North Vietnam Eddie L. Kemp, Sr., a United States Marine, was severely wounded by an artillery attack on his military base. The U.S. Marine Corps notified his mother and family at their home in Texas that he had been killed in action. Kemp woke up in what he now believes was the morgue, filled with beds of dead. Marines under white sheets, thinking he was the only survivor. This Marine returned home with a severe loss of memory, excruciating pains in his body and deep emotional scars affecting him throughout his life. Like many veterans of the Vietnam War, Kemp returned home from combat to find himself hated by the American people he had volunteered to protect, defend and die for, abandoned by the Federal Government or Veterans Administration who refused to treat him with the dignity and respect he had earned as an honorably discharged combat veteran, and suffering with what he would learn decades later were severe symptoms of Post-Traumatic Stress Disorder (PTSD), a condition that has resulted in the suicide of many of our war veterans at an alarming rate today.

Kemp candidly recalls numerous problems living with PTSD caused in his life. He describes in detail the psychological and physical suffering he was forced to live alone with for years because he thought no one would understand or people would think he was insane. However, like the Marine he is, Kemp fought the demons every day to live and is still fighting those same demons from hell today. This Marine found the courage and strength to tell the suicidal voices of PTSD in his head that he would not become one of their victims.

After years of trying to make sense of what happened on that tragic day, Kemp was connected with two pieces of the puzzle. Exactly forty years after that ill-fated day in May 1968, two Marines wounded in combat with him reunited with Kemp. After weeks of talking to them, the flashbacks experienced almost daily began to form complete pictures for him. Finally, he had someone else who truly understood what living in hell was all about.

You never know what tomorrow brings, but Kemp hopes this book will help veterans and others living with PTSD find a way to cope, fight and live another day. With the support of those who found a way to love him, in spite of, today this Marine continues to battle the U.S. Department of Veterans Affairs for the “dignity and respect” earned as a United States Marine. Realizing this is a major battle for many, Kemp’s message is especially for veterans struggling with this problem. Choosing death should not be the final option. Even when you have been made to feel worthless, you are irreplaceable and of immeasurable value to those closest to you. Kemp encourages you to continue the fight because somebody needs you to stay in the race. ~Semper Fi~

Eddie L. Kemp, Sr. is a native of Dallas, TX and graduate of James Madison H.S.

The Poemography of Hellen Hagler: Her Story in Poetic Form - eBook