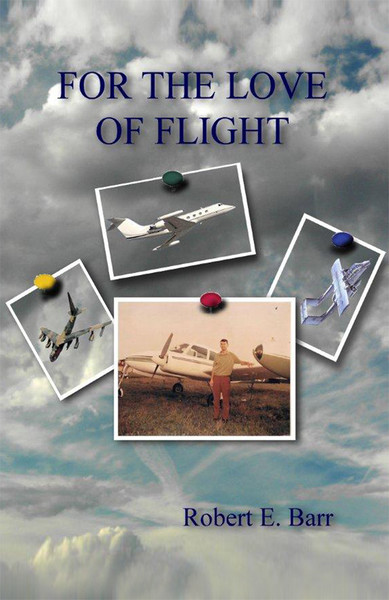 For the Love of Flight
by Robert Barr

With an aviation career spanning nearly fifty-one years, there are many stories to tell, many memories to share. From military tours in Southeast Asia to flying the Ho Chi Minh Trail in Vietnam, Laos and Cambodia, Robert E. Barr has a story to tell. His more than three hundred combat missions remain fresh in his mind as he recounts not only the factual aspects of his missions, but also the deeply personal, often raw, emotions that still remain with him to this day.

From the sheer dread of directing fighters on targets in enemy-occupied countries to the feelings of intense isolation when flying extended solo missions, Barr remains candid and authentic as he takes readers for a ride throughout his colorful aviation career, including his time as a corporate pilot, flying for a major oil services company with no other than Dick Cheney as his CEO.

From his earliest military missions to his corporate days of flying in such remote areas as Algeria and Angola, where he led missions for energy and oil exploration, Barr recounts vivid elements of his years in the cockpit, exploring memories that cant be forgotten and stories that must be told.

Although Robert E. Barr has retired from flying, he has remained immersed in aviation, often lecturing to community groups and, earlier in his retirement, flight instructing on a pro bono basis. Robert was born and raised in Casper Wyoming. He currently resides in Boise, Idaho.