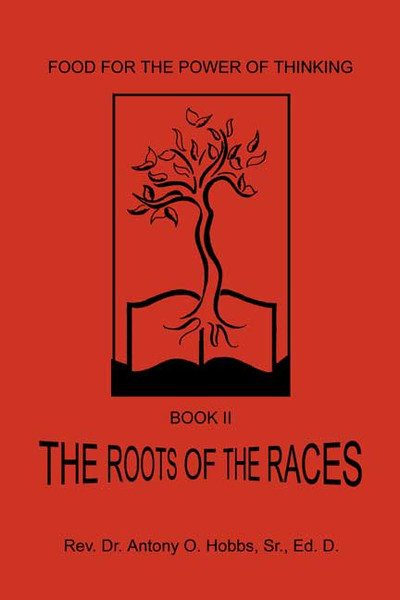 Food for the Power of Thinking, Book II traces the origin of the races, proving that the first people of creation were people of color: black, brown, and other shades of complexions but not white. It also shows the black nations of the Bible and their disbursement worldwide. The text informs, motivates, and educates Africans and African-Americans of the importance of knowing about ancient African history, as well as contemporary history of black achievements in America and the world. Dr. Hobbs declares that African-Americans compose the only ethnic group on earth who has such a poor understanding of its history. To better inform the group of its culture and history, Dr. Hobbs has traced the descendants of Ham from the Bible, the father of the black race, for the purpose of informing the present-day Hamites of their world history and show where they came from and are presently located in the world scene.

Rev. Dr. Antony O. Hobbs, Sr., Ed.D., was born near Marianna in Lee County, Arkansas, where he obtained his early education. He received two Bachelor of Arts degrees from AM&N College (University of Arkansas at Pine Bluff) in modern foreign languages (French and Spanish) and social studies. He also received a Masters and Ed.S. (Educational Specialist in School Administration) from Arkansas State University, Jonesboro Arkansas. He completed additional graduate studies in Spanish at Murray State University in Murray, Kentucky; the University of Arkansas at Fayetteville; Arkansas Technical College, Russellville, Arkansas; Fenix Language Institute, Cuernavaca Chalchiutes, Mexico; and the University of Costa Rica, Central America. His graduate studies continued in higher education (student personnel) at the University of Mississippi, Oxford, Mississippi; and Volunteer Administration from Northeastern University, Boston, Massachusetts. A doctorate was obtained in Educational Administration, Supervision, and School Management from the University of Sarasota, Florida. Dr. Hobbs also holds a masters degree in one of the Theological Disciplines (Ecclesiastical Studies) from Jackson Theological Seminary in North Little Rock, Arkansas. He is an ordained Elder in the African Methodist Episcopal Church. He is an avid reader and scholar of ancient world history and cultures. He has written more than one hundred poems and plays, and this book is a sequel to Food for the Power of Thinking, Book I: The Destiny of the Black Race in the Twenty First Century. (2007, paperback, 58 pages)

Food for the Power of Thinking - eBook

A Book of Inspiration II - eBook