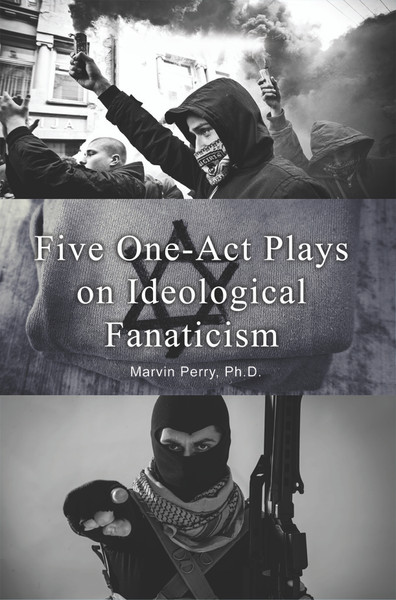 In Marvin Perry’s previous books on modern intellectual history, anti-Semitism, and World War II, it was necessary to discuss why people embraced irrational ideas, myths that fostered fanaticism and ultimately proved dangerous for society and even civilization. In this work, he has attempted to treat these themes within a dramatic setting.

The five one-act plays in this volume explore the theme of ideological fanaticism. Three of the plays deal with Nazi Germany, the classic example of this phenomenon. The remaining two plays treat contemporary examples of ideological fanaticism, jihadism, and white supremacy. Perry probes within a dramatic context, the thinking and feelings of Nazis (and their opponents), Islamic jihadists, and white supremacists, true believers propelled to commit and to justify atrocities against people they designate as the “other.”

These plays need not be performed, but can simply be read and serve as the basis for discussion.

Marvin Perry, Ph.D. retired from the History Department of Baruch College, CUNY twenty-five years ago. His published works include: An Intellectual History of Modern Europe, World War II in Europe: A Concise History, Antisemitism: Myth and Hate from Antiquity to the Present (co-author), Antisemitic Myths: A Historical and Contemporary Anthology (co-editor), The Theory and Practice of Islamic Terrorism (co-editor), Arnold Toynbee and the Western Tradition, Western Civilization: Ideas, Politics, and Society, 11th edition (senior author and general editor), Sources of the Western Tradition, 10th edition (editor). Recently he has begun writing plays, several of them dealing with historical themes.