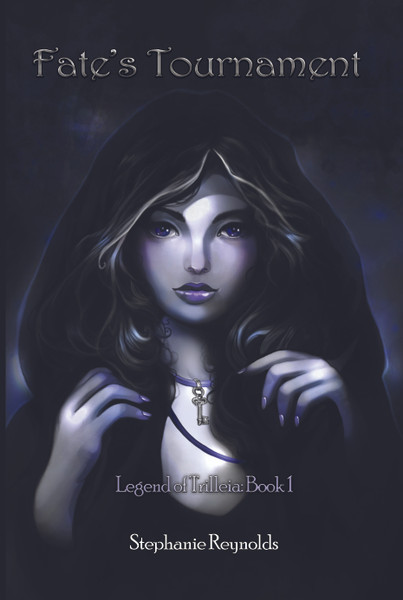 Legend’s opportunity comes in the form of the tournament. The tournament is an event in which all females of the realm between the ages of seventeen and nineteen can enter for the chance to participate from each of Trilleia’s six origins; Blesslings, Starlings, Firelings, Curselings, Treelings, and Sunlings. They compete against each other in the hopes of winning the Crown Prince’s affections by hard work, dedication, compassion and various other tests, to become the new Queen of Trilleia. Legend has no interest in becoming a queen. She only wishes to be in the tournament long enough to secure gold for her and her sister, as well as showing the people of Trilleia that she and her sister are NOT their parents. However, when she meets the crowned prince...and his brother...conflicts arise, feelings emerge, and new friendships are formed. Legend’s goals become more complicated than she imagined.

Stephanie Reynolds is currently married with four teenagers. She has been writing novels; both short and long for close to three decades for fun. Writing novels for any and all age groups from pre-teen to adults both young and old has always been easy for her since she was a teenager herself. Stephanie attributes this ease of ability to having friendships with people of all ages, and being adaptable to those she surrounds herself with. She is passionate about writing novels and seeing them through to completion. Although Stephanie reads all genres of stories, she has a soft spot for epic fantasies and period novels. When she is not writing or reading, she enjoys puzzles, watching TV, listening to music, and volunteering in her church’s nursery.